North Carolina rapper DaBaby really, really, really loves his mini-me. The hip-hop star has let the world know just how much he wanted his daughter to get the feel of the Grammys despite not being allowed to attend the celebrity-filled event. Baby hit up Instagram with footage of himself alongside his daughter at what appeared to be a Grammys red carpet. However, DB revealed because of COVID-19 restrictions at the event, he had to get creative to make sure his twin could experience the special night. 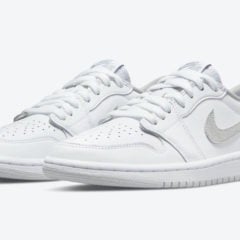 During an actual Grammys red carpet interview, Baby spilled more than just tea on where things stood between himself and singer JoJo Siwa following a perceived feud. If things had gone accordingly, the duo would have shared the stage together to prove they’re good-good.

On his freestyle over the beat to Spottem Gottem‘s “Beatbox,” DaBaby recently rapped, “Don’t wanna get me started, n*gga / Turn me up, n*ggas gon’ see why / N*gga you a b*tch, JoJo Siwa, b*tch.” In the video, he held up a picture of the popular singer/actress as he delivered the line. The Internet blew up at DaBaby before he explained himself.

“@itsjojosiwa my 3 year old princess is your number 1 fan. I bought her every product you have out. She think she you. Don’t let em trick you into thinking id ever have a problem with you. My word play just went over their heads. All love on my end shawty, Keep shinning! I don’t ‘Siwa’ they so mad…”

The Gas Station For ‘Beatbox’ Video

DB recently went to his social media pages to unload a must-see “Beatbox” visual. The clip featured Baby rapping both from a fancy home and an actual gas station as he bodies the song’s instrumental.