It looks like Latto is making her political move. The rapper encouraged her fans in Atlanta to vote for Democratic candidate governor Stacey Abrams in this year’s upcoming election. 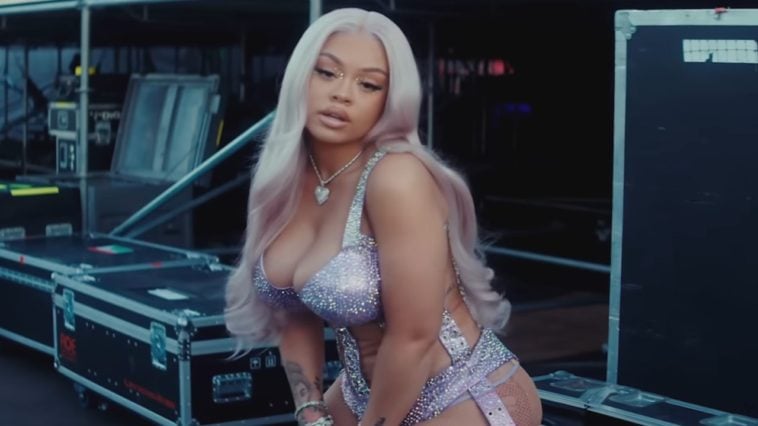 The election is just four days away, and Stacey Abrams leaned on some help from Latto to encourage younger voters to head to the polls.

Abrams is running for Governor in Georgia, facing republican governor Brian Kemp for the second time. She ran before in 2018, but she is hoping to get younger voters this time and has even collaborated with Atlanta rapper Lil Baby.

Last night, Latto invited her on stage during her performance. The “Big Energy” artist described the moment as her “favorite” while on tour.

Most voters in this election are concerned with issues in the economy and abortion. Latto, who has been open about her views on the supreme court decision to overturn Roe V. Wade, released a song calling for women to be more liberated with their bodies.

The last day to vote in the midterm election is Nov 8.

On July 22, Big Latto got candid with fans about her attitude toward the sexual content in her music. Earlier this month, she snapped back at the haters over the content of her new song.

After releasing “P*ssy,” and featuring in Nardo Wick’s “Baby Wyd (remix),” the Southern artist received backlash due to the sexual lyrics.

Some comments accused her songs of being filled with nothing but sexual topics.