On the surface, it seems like an odd couple: The serious, contemplative rapper from Chicago and the silly, raunchy comedian from L.A. But according to hip-hop star Common, his relationship with the hilarious Tiffany Haddish is “wonderful.”

The rapper/actor/activist has been busy during election season working to encourage people to vote, but Common took some time to sit down with “The Karen Hunter Show,” where he was asked about Tiff. He said she’s “really incredible” and praised her intellect, while saying things are “wonderful” between them. 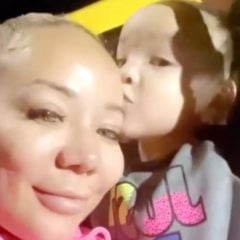 WATCHT.I. + Tiny’s Daughter Is Too Adorable Singing In Must-See Clip

Common Puts In Work Ahead Of Election Day

The Grammy-winning and Oscar-winning artists puts his money (and time) where his mouth is. A lot of celebrities used their Twitter fingers to remind their fans to vote during this election cycle, but Common was out there in the streets to encourage the people. 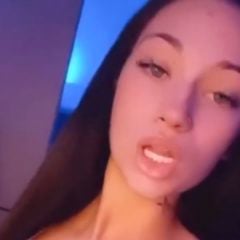 The stand-up comedian and movie star fully embraced her bold hairstyle recently. While some Internet trolls have been critical, Haddish seems to love her new look.

Common wasn’t lying about Tiffany Haddish stepping up to help Black women in Hollywood. In 2019, she used her fame and platform to turn the Netflix audience onto the next wave of female comedians set to blow up.

Yk Osiris Arrested For Assault On His Girlfriend