Cardi B went on another Twitter rant accusing the music industry of using her, and a string of haters rushed to chime in. 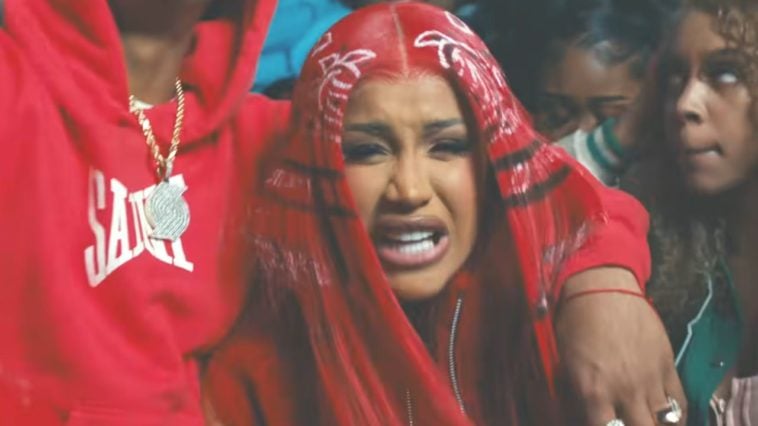 293 Views
Comments Off on Cardi B Says She’s Part Of The ‘Marketing Plan’ In The Music Industry; Social Media Reacts

Cardi B went on Twitter to accuse the industry of using her as a pawn.

“This week just prove what we been saying for years…..Im part of people marketing plan.I refuse to help if I don’t get pay”

While the comment section quickly filled up with  supportive remarks from Bardigang fans, the trolls couldn’t help themselves.

Here are recent tweets from a couple of her haters:

“Hot Shit is nowhere to be found on any streaming platforms. Absolutely nobody is including you in their plans. Your entire career is based off of the hate for someone else.”

Meanwhile, another fan @Sage_Ginger20 came to the rapper’s defense:

“The thing is Cardi doesn’t care about numbers and awards, although she appreciates it. She want to make music ppl enjoy and that doesn’t always lead to records but one thing fo sho ppl love her music. Stop making it a contest and let’s just enjoy music.”

While the “Money” rapper may be a public figure, she isn’t the only outspoken rapper to experience bullying and online trolling.

Artists such as Beyoncè and Lizzo were nearly canceled for using the word “spazz,” which is seen as an ableist slur.

When They Gon Stop Hating?

Cardi B has in recent times been vocal about public criticism and went on Angela Yee’s, Lip Service podcast to discuss haters.

She said, “I feel like I gotta think about everything.” She also admitted to withholding her unpopular opinions out of fear of criticism.

“I pick the days that I wanna get dragged or not.”