It’s no secret that Cardi B is a hard-working woman when it comes to her music. The mom and businesswoman dropped a behind-the-scenes video to her recent song “Hot Sh*t,” featuring Lil Durk and Ye. 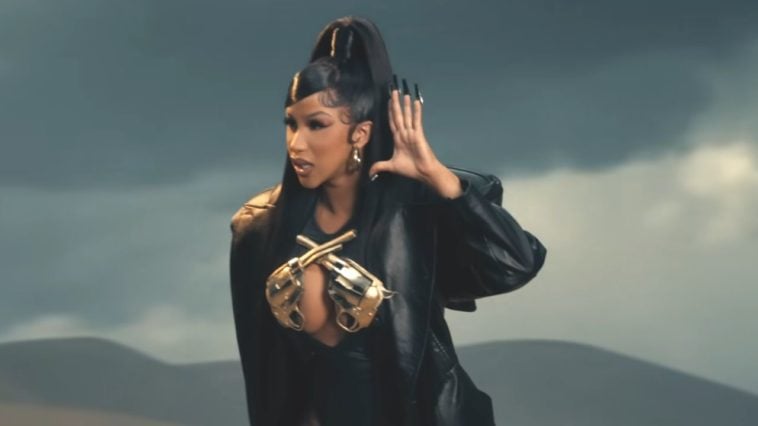 Ms. Bardi is sticking to her roots.

The Bronx native shot the video in NYC, featuring the city’s skyline.

The “Hot Sh*t” single was released last month after she took time off to raise her two kids.

The visuals followed the summer hit about a week later, featuring artists Lil Durk and Ye.

Cardi shared a behind-the-scenes look at what it took to create the visual, produced by film producer Brien Justiniano.

The rapper appeared in the July/August issue of Vogue Singapore.

In the exclusive interview, she revealed that a new album might arrive sooner than we think.

Cardi B Is Back With Kanye West And Lil Durk, “Hot Sh*t”

Bronx rapper Cardi B is back on the music scene after taking some time off to raise her two children and pursue new ventures in fashion and media. Thanks to Kanye West and Lil Durk, she’s got a big assist.

Cardi B hinted at the new single on Twitter for a 24-hour period.

The hype was entirely worth it.

The “Money” rapper preeminently planned to take over the summer with her new song “Hot Sh*t,” featuring Lil Durk and Kanye West.