After a recent Twitter spat this past weekend, Cardi B and Madonna have called a truce thanks to a private conversation with celebrity gossip blogger Jason Lee. 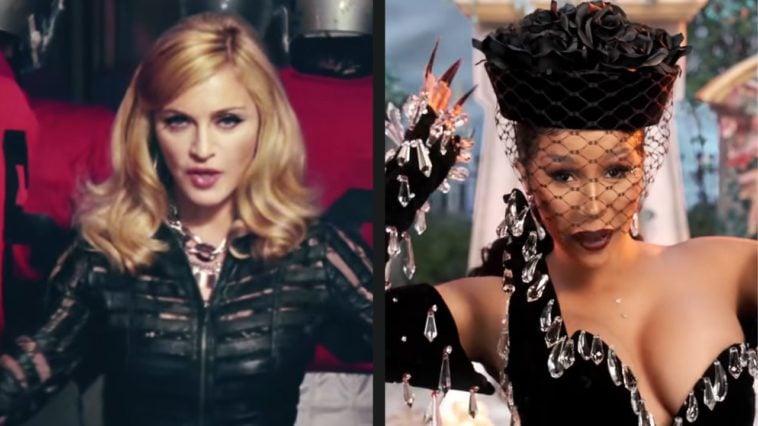 Cardi B and Madonna recently squashed their beef privately thanks to Hollywood Unlocked’s blogger, Jason Lee.

Cardi B also confirmed the conversation with the “Hung Up” artist which she referred to as “beautiful”:

“I talked to Madonna, it was beautiful, have a great day and drive safely yall.”

Moments later, Bardi sent out a tweet thanking Lee for getting her in communication with the pop icon:

The beef started after Madonna posted on her Instagram story about her 1992 book, SEX and reflected on how she used to get called a “whore” for expressing her nudity in pictures. She also dissed Cardi B and other female artists; saying she deserves credit for paving the way for female artists to freely express their sexuality like “WAP, which featured Megan Thee Stallion.

Cardi responded by saying that she has shown love to Madonna many times and that the people she had looked up to as a child let her down once she became a star.