Cardi B recently teased a verse on Ice Spices’s viral song, “Munch (Feelin’ U).” After receiving backlash, Cardi announced she would not be releasing the verse. 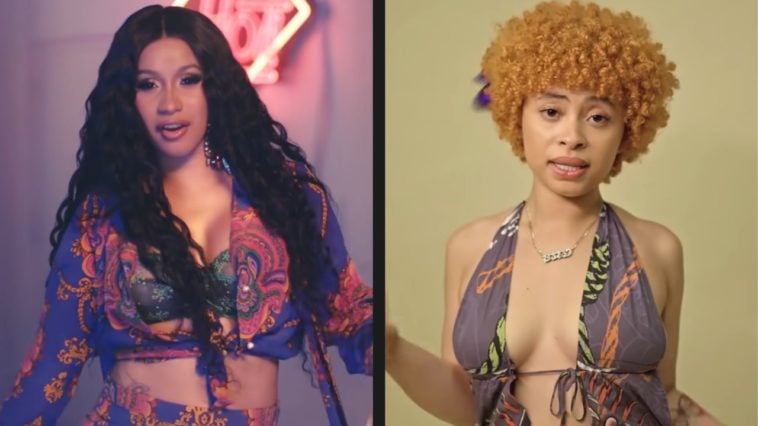 Cardi B teased her verse on the viral song “Munch (Feelin’ U)” by newly emerged talent Ice Spice.

After sharing the track yesterday, Cardi took to Twitter to announce she would not be on the remix.

A fan then demanded to know why Cardi was deciding not to release the song, in which she replied:

Cardi B decided to hop on Ice Spice’s trendy song “Munch (Feelin’ U)” as she gets away from all of the recent drama.

The Bronx artist dropped a snippet of the new remix of Spice’s viral hit, which catapulted her in to fame.

In 2021, the “Munch” rapper admitted to desiring a collaboration with Cardi B. It appears that dream finally came true.

Furthermore, Cardi B has been on a string of working with new female artists.

Though Cardi B has been teaming up with female artists, she has also been involved in quite a bit of beefs.

Last week, Maliibu Miitch took to Twitter to challenge Cardi B to a face-to-face away from the ongoing internet drama.