Prepare for the return of Migos. Atlanta rapper Offset, one-third of the rap trio, recently previewed a snippet track presumably from the upcoming Culture 3 album, which doesn’t have an official release date.

‘Culture 3’ Could Be Coming Soon

Migos released Culture in January 2017, and almost exactly one year later, dropped Culture 2. But then January 2019 came and went without a third installment. The group stayed busy with solo projects and guest appearances, but fans have been anticipating the Culture 3 joint that now feels overdue.

This week, Offset’s wife and New York rapper Cardi B went to her Instagram Live to clear the air on a slew of topics including their marriage being saved. She also took a few moments to address accidentally posting a nude pic of herself onto her social media pages. 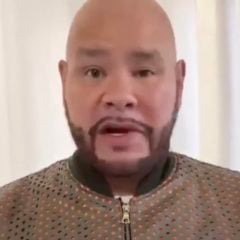 Offset Claps Back At Those Saying Migos Fell Off

Offset will defend Migos’ legacy under all circumstances. The hip-hop heavyweight recently came forward to clap at anyone and everyone going at his rap crew for being anything other than the greatest – ever. 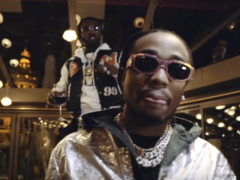 This past summer, Offset’s Quality Control CEO Pee Thomas went to Instagram and spoke out on drama involving Migos. Instead of staying mum, Thomas fully addressed his role in a situation where the group felt QualityControl might have taken advantage of their record contract through an attorney.

“It is unfortunate that the same people that we have worked hard for,provided opportunities for, and championed for are now alleging that we have participated in any kind of immoral or unfair business practices or took advantage of them and their careers, especially while we are dealing with the death of an artist on our label that was dear to us. We have always practiced honest business and complete transparency from the beginning when we started Quality Control Music. We built this business on family values, which has been so hard to do when you are dealing with so much pride and ego. The problem that I have been struggling with in this business as black man is jealousy, hate, division, and lack of communication. I was a millionaire before I got in the music business and for me to know the sacrifices I have made for the people that I have invested in and put every dollar, blood, sweat, and tears into is nonsense.” -Pee Thomas’ Instagram