Detroit rapper Big Sean has admitted depression almost overwhelmed him in years past. The BET Hip Hop Award winner cited being overworked and being too prideful to ask for help as a big part of the problem.

Big Sean admits in an interview with Michael Eric Dyson that he neglected his mental health because he didn’t want to slow his career down, and it almost resulted in tragedy. The talented artist considered suicide in his lowest moments. 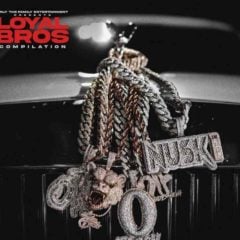 Sean Shows Off Before + After Muscle Pics

G.O.O.D Music’s Big Sean is out here flexing on ’em – literally. Jhene Aiko‘s boyfriend has blessed social media with some looks at just how much he’s put an emphasis on positive weight gain in the muscles department.

Recently, Sean Don was caught geeking out over his new creative director position with his hometown Detroit Pistons. B.I. even admitted to growing up wanting to either become a rap star or ball for the Pistons.

“Unreal! I’m the CREATIVE DIRECTOR OF THE @detroitpistons! “Creative Director of Inovation”! I got a office in the facility n everything (looking for a intern by the way)! Growing up I knew I either wanted to rap or hoop for the Pistons lol. crazy how life works. I look forward to creatively adding what I can to this iconic franchise! 🌎🤟🏾🥺🌹💎”

“This a big Boss up fareal! Thank you! I was in the nosebleeds for the championship they won in 04! I had a grant Hill posted in my room growing up! N the Bad Boys gave the city a identity and face along with back to back championships! This is nuts man”