Beyonce and Jay-Z stepped out in Paris, Club Renaissance-style to celebrate Queen Bey’s new “Lose Yourself in Love” partnership campaign with Tiffany & Co. 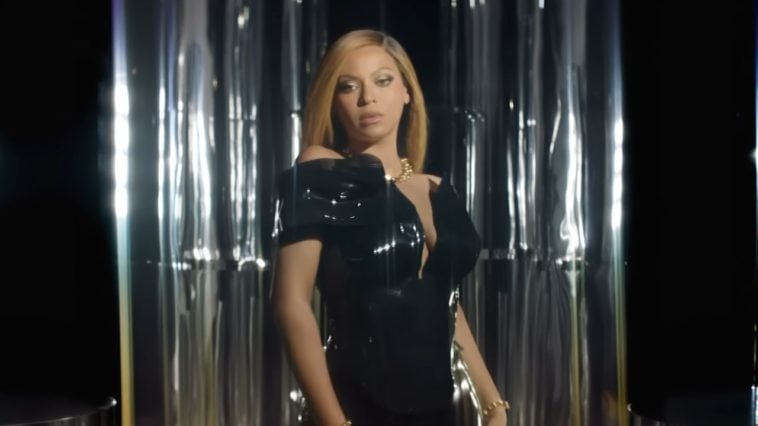 A billion dollars went down in an elevator, just as it did during the 2014 MET GALA.

This time, the power couple posed with confidence.

Yoncè takes the center of her latest Instagram photo, with her power stance dazzling in a shimmery head-to-toe silver ensemble as her robo-investing husband kept it cool, standing firmly behind his woman in all-black.

The “Alien Superstar” artist has been gracing the internet with the infusion of her Renaissance album and Tiffany & Co’s “Lose Yourself in Love” campaign.

Furthermore, the ad is based on self-expression and joy, with its main source of inspiration being drawn from the golden era of celebrity-studded Studio 54 in NYC.

Additionally, the ad campaign is the finishing visual post for “Summer Renaissance,” the last track listed on the studio album.

The album, which was initially leaked early, has spun a ton of surprises so far, including a remix with pop icon Madonna for “Break Your Soul.”

The Queen is also gearing up to go on tour next summer to celebrate her seventh studio album.

Kendrick Lamar’s “Godly” crown from the cover art of his last album took an extensive amount of hard labor. Tiffany & Co. shared everything that went into the project. Usher Seriously Wants To See T.I. And 50 Cent In a Verzuz Next