Chicago rapper 600Breezy isn’t here to play games. The hip-hop artist has come forward to let loose some serious tensions toward rap star T.I. following an Atlanta public service announcement fans have taken as a reference to the slaying of entertainer King Von in Georgia.

“Schizophrenic child with a split personality/T.I. will you please tell Tip, I got a new 40 with a 30 round clip/You seem ’em and he move, gon and shoot ’em out the whip/Trying to spark rap beef, that’s how people get killed/Gucci bigger than him, the fight’s not fair.”

600 also went to his Instagram page to pay homage to the memory of King Von. 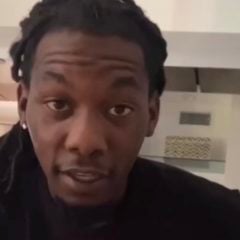 WATCHOffset Hops Into Bed W/ Cardi B While She’s Hurting

New York rapper 50 Cent took to his Instagram page and didn’t mince words toward T.I.. 50 told Tip to fall back and acknowledge the pain Von’s family must be going through just days after his fatal slaying in Atlanta.

“A @troubleman31 you gotta chill, you bugging for saying anything. They got casualties this is real shit, i don’t know what you was thinking but re think it now. They are hurting, they love that boy he was a way out. I bet you don’t even realize they will kill you for what you just said. 🤦‍♂️what hood you from again? come on now it’s quiet time. 🤐” -50 Cent’s Instagram 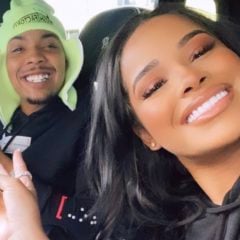 LOOKTaina Williams: G Herbo’s Girlfriend Shows Off In One-Tone Outfits In These 5 Pics

Following all of the backlash, Tip took to his Instagram page and set the record straight. Despite the speculation, Clifford Harris denied trying to take any subliminal shots at Von and the fact he had his life taken from him in Georgia.

Hours prior, Tip shared a cringe message to the masses about Atlanta not being the place for outsiders to handle their fatal beefs.

This past weekend, rap artist NLE Choppa hit up his Twitter page and didn’t hold back on blowing fans’ minds away. NLE shared some since-deleted tweets about a brief interaction with the ghost of King Von during a meditation session. Gillie Da Kid Defends Drake Not Writing His Own Songs