Grammy-winning singer Beyoncé is still geeking out over her unforgettable awards show night. The iconic crooner hit up social media to share a batch of pics from this past Sunday’s epic evening.

Queen Bey hit up Instagram with the slew of shots. Some of the pics feature her husband/rap mogul JAY-Z wearing a face mask along with a priceless moment alongside fellow Houston native Megan Thee Stallion. 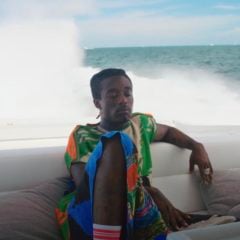 Beyoncé is keeping the memory of a late fan sky high. The iconic crooner recently came forward to sing songs in honor of super supporter Lyric Chanel following her passing from cancer. Queen Bey went to her website to sing a medley of her unforgettable tunes in Lyric’s honor. The songs followed Chanel’s crushing death Friday morning.

Earlier the same week, Lyric’s mom came forward to share crushing news about how much longer she had with her daughter.