With a huge April 7th Flyweight World Championship match going down against current champ Adriano Moraes, prized fighter Demetrious “Mighty Mouse” Johnson chops it up with members of the SOHH Squad to talk all things in and outside of the octagon. From training during the pandemic and preparing to travel overseas to naming who he believes is the rap game’s G.O.A.T. – plus hip-hop’s Tekashi 6ix9ine of the MMA world – Mighty Mouse delivers a knockout punch of memorable content. Check out five standout things we learned from the chat below. Young, young, young Drake is my favorite. I enjoy Biggie and 2Pac and those guys but when I really got into hip-hop, I got exposed to it, it was more the Cash Money era, Lil Wayne and Juvenile. That’s when I really started getting into it but when I really look back at it – listening to a whole album, it would probably be Drake’s older stuff. I’m not a big fan of his new stuff but his old stuff. Lyrical rap? I’ve never been a big fan – because my mom was deaf so each song she listened to, it had to have a good beat to it. So more the songs that had great beats to it, was more of a club song, I would enjoy it more – that’s just who I am. His old stuff? I’m always a fan of it. His new stuff, it’s not bad. 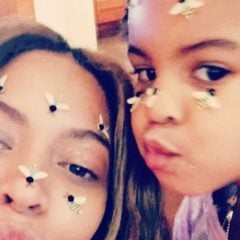 NEWSBeyoncé Is The Proudest Mom After Blue Ivy’s Grammy Night

We’re all in a pod together and I trust everybody that I train with. I tell the guys that I do train with, “You guys have lives. I cannot ask you to stop living your lives.” They gotta make money – I know I can’t ask people to stop living their lives. But for me, we just do our thing and that’s all you can do.

My favorite super hero was Batman. Batman’s always been my favorite one. Especially growing up, watching Batman 1, 2, 3 with Val Kilmer and then George Clooney. Michael Keaton is the best one if you ask me. Then you have Ben Affleck, I like the old drunk Batman.

I’m going to have to put a twist on this. When I look at Tekashi, I don’t really pay attention to what he’s saying. I see how he’s very open about his hair, the tattoos he has. He doesn’t really care about what anybody thinks about him. “Touchy” Fili, Andre. Amazing athlete. He’s an amazing fighter. Great tattoos. He has a tattoo on his stomach about where the wild things are at. Very colorful personality. Musician, too. So I think when you brought up Tekashi, I don’t see [him as a troll] – he’s got the Skittles for the hair and he’s very open about the way he likes to dress. So that’s why I would put Andre Fili there but not for the trash talking. But just for how open he is for the tattoos.

I just watched the season finale of WandaVision when I got on the plane. It was phenomenal. I thought the finale was great. It kind of shows you where Wanda is going to go from here. It was a great finale. That’s one thing Marvel does well. They’re really good at storytelling – all the content’s already there based on comic books. There’s so many different storylines you can take. They did a great job with this one.

Demetrious “Mighty Mouse” Johnson competes in the ONE Championship for the Flyweight World Championship on April 7th on TNT.