Alabama rapper/singer Yung Bleu had a breakout year in 2020 thanks in part to the star power of hip-hop icon Drake. Bleu’s remix of “You’re Mines Still” had a feature from the Grammy-winning Toronto native and it’s been his biggest hit to date. Yung Bleu revealed on Twitter recently that his “You’re Mines Still” collaboration with Drake earned him millions of dollars since its Oct. 2020 release. He later deleted the tweet after some people used it to criticize him for riding Drake’s coattails.

“Ain gone lie that drake feature hits different I done made like a couple million in like 3 months. It usually take me a year to stack a million” 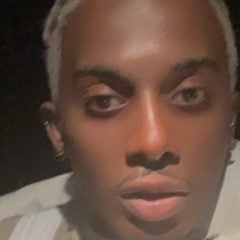 The “You’re Mines Still” remix wouldn’t have happened if not for NBA veteran DeMarcus Cousins. The four-time NBA All-Star is an Alabama native who is tight with Yung Bleu, and he played his college ball at Kentucky, where he met Drake (a big UK fan). Cousins got Bleu and Drake to connect and suggested they do a song together.

Bleu Calls Out Tory Lanez For Remixing His Remix

Drake’s fellow Canadian rapper, Tory Lanez, has some shade coming his way. Yung Bleu recently called him out after TL remixed Bleu’s “You’re Mines Still.” He let it be known he was upset Lanez didn’t “show love” by tagging him or reaching out about the song. 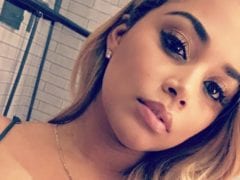 Lanez is unloading nothing but audio fire. Recently, the hip-hop entertainer came forward to announce plans to drop new music. TL went to his Instagram page and kept things 100 on his new audio fire. Lanez vowed to celebrate National Umbrella Day every year by unleashing a fresh record including his own signature merchandise.

“Y’all know what the f*ck is going on, it’s National Umbrella Day. As you can see, incredible sh*t is going on, baby. The Umbrellas is dropping. I’m dropping new music tonight and I’m going to drop new merch on ForeverUmbrella.com”

“ITS NATIONAL UMBRELLA DAY …. NO SERIOUSLY LOOK IT UP .. WE HAVE AN ACTUAL HOLIDAY ☔️☔️☔️☔️every FEB 10 …. IM DROPPING … SOMETHING FREE ON MY YOUTUBE …. DROPPING THE FIRST EVER ACTUAL One umbrella “UMBRELLAS “ ….. AND WE DROPPING NEW UMBRELLAS ON THE WEBSITE ..”TORYLANEZ.SHOP” ☔️☔️🔥☔️☔️🔥☔️🔥☔️☔️☔️🔥🍾☔️🍾🍾☔️🔥☔️🍾☔️🍾☔️🍾🔥 HAPPY NATIONAL UMBRELLA DAY LINK IN BIO”

Listen: Joe Budden Trashes Logic’s Rap Career – “You Are Easily One Of The Worst Rappers To Ever Grace A Microphone”