Georgia prosecutors scored a victory using a tweet posted by Young Thug. Brian Steel, Thug’s lawyer, argued that the success would impact his ability to defend his client. 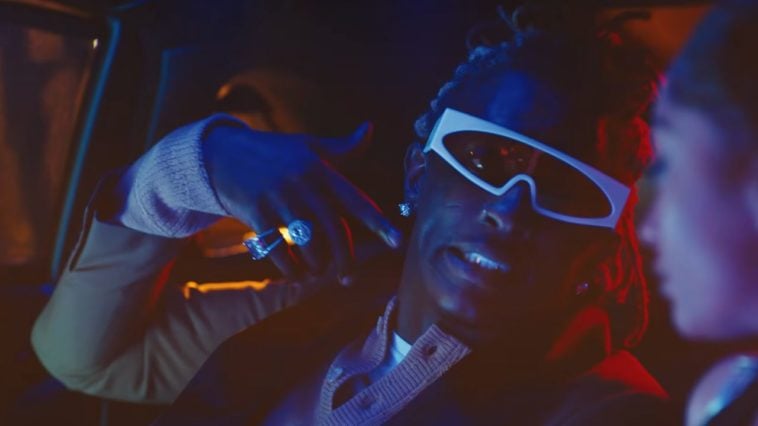 On August 31, Young Thug (real name Jeffery Williams) used his Twitter account to ask Olympic swimming champion Michael Phelps if he could swim 100 miles in the ocean and back to shore. Phelps responded that he can, adding a swimming emoji.

Just over a week later, Georgia prosecutors have used the exchange to score a victory regarding evidence in the rapper’s RICO case.

The prosecutors argued that the tweet is evidence of Young Thug’s ability to communicate with the outside world while being held in a Cobb County jail.

They argued that he poses a potential threat to witnesses in his pending criminal prosecution.

Fulton County Judge Ural Glanville agreed with prosecutors and granted their request – over the strenuous objections of Steel – that defense lawyers must wait until November 25 to share certain “confidential” discoveries with their clients in the case.

However, Steel claimed the Nov. 25 date would seriously harm his ability to build Thugger’s defense for a trial planned for early January.

In the hearing streamed by local TV station 11Alive, Steel said, “If I can’t share this information with Mr. Williams, I lose two and a half months of work…that is just not appropriate.”

Steel was adamant that the rapper did not pose a threat.

He pointed out that Williams can only communicate with family and friends over a heavily monitored jail phone line.

The Phelps tweet was investigated by the Cobb County Sheriff who concluded it was the product of a jail call. The rapper is “in isolation” and a search of his cell confirmed he has no cell phone.

“That was an innocent – that’s nothing bad. Asking somebody to tweet to Michael Phelps, ‘Can you swim a hundred miles in the ocean?’ That has nothing to do with intimidation.”

However, Judge Glanville said the tweet proves Williams “can communicate with someone else,” and the court needs to “balance the safety and interests of everyone else in this particular case.”

Glanville upheld the November 25 date for withholding confidential discovery from defendants. Glanville also said that he is up for reconsideration at a later date.

“I may change my mind at some point in the future, but not now,” he said.

Georgia DA Defends The Use Of Rap Lyrics As Evidence

The district attorney presiding over Young Thug and Gunna’s case has stated that she intends to continue to cite lyrics in any criminal case. Despite criticism, she still stands by her words.

She said this during a press conference on Monday, August 29.