Saweetie talks about new music, her Rolling Loud Performance, and her debut album on the new episode of Caresha Please. 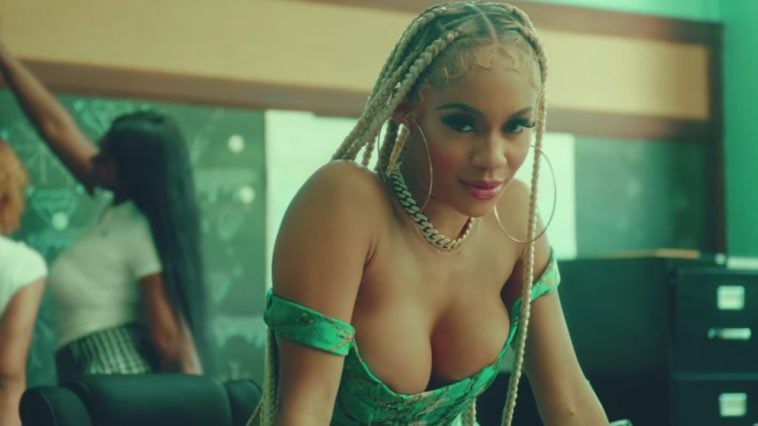 During her interview with Yung Miami, Saweetie talked about her Rolling Loud performance and her debut album, Pretty B*tch Music.

The “Emotional” artist said that after being off the grid for a year, she was nervous about performing for a crowd that large.

She performed one of the songs off her upcoming album, titled “Don’t Say Nothin.”

She also shared that the song mirrors how she has always been in and out of relationships.

When she interacts with a man, fans always assume the two are doing more together than they are, so she ends up cutting them off completely.

The “Seesaw” rapper had a message for Icy fans, telling to expect “honesty” from her album. The “Tap In” rapper said that most of her favorite artists are honest about their personal lives, and she wants to showcase the same energy in her music, which is new territory for her.

Saweetie considers herself a private person, but fans can expect to see more of her vulnerable side in this new project.

The Icy girl recently came under fire on Twitter when her fans wanted to know the status of her debut project.