Young Dolph’s estate released a new track for what would have been the rapper’s 37th birthday. He died last year after being shot in his hometown of Memphis. 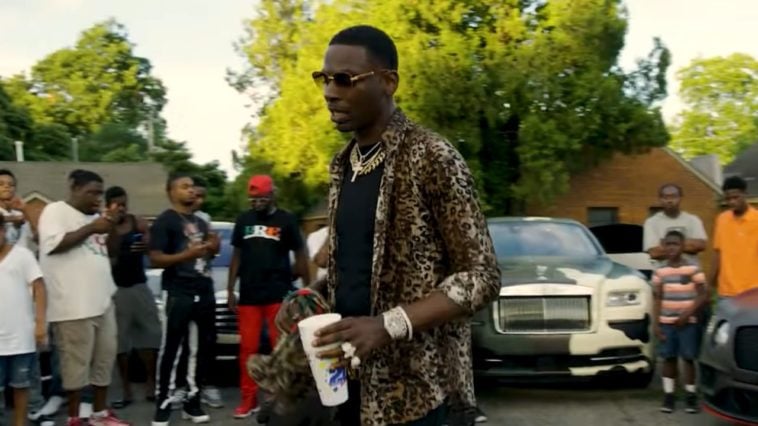 Dolph’s team at the Paper Route Empire released the song “Hall of fame” on July 27 in honor of the first anniversary of his death.

His longtime collaborator, Bandplay, produced the song where Dolph rapped about his status in the streets.

His team posted a video to his Instagram page.

In the snippet, A statue of the rapper’s head is seen sitting on a podium surrounded by Dolph’s album covers on the wall.

In honor of his birthday, people from his label also paid for school supplies for hundreds of kids in his hometown.

He was killed last November in Memphis while preparing for a Thanksgiving drive.

Maurice Hill, owner of the bakery where the shooting happened, told FOX13 that Young Dolph walked into the store to buy cookies.

Around 1 pm, at the Makeda’s Butter Cookies bakery, an unknown person shot and killed him.

The rapper, whose real name is Adolph Robert Thornton, Jr., is well known in the Memphis community.

Young Dolph was well-known for handing out turkeys around Thanksgiving in Memphis, speaking to school children, and donating money to his former high school Hamilton High School.