LA rappers YG and Tyga link up for their new music video in shocking ensembles. 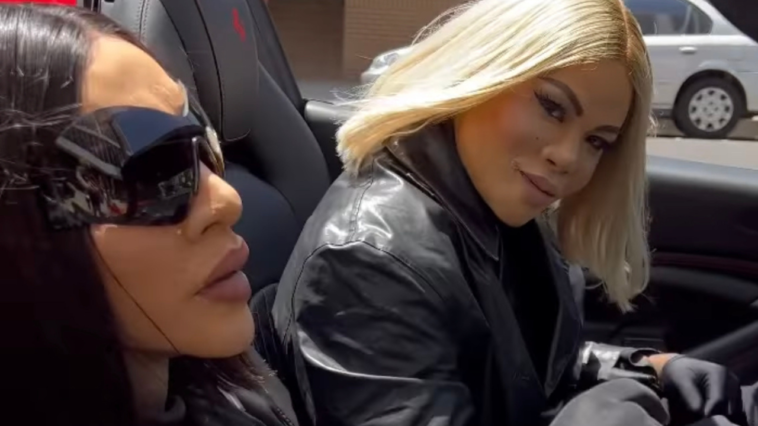 Just in time for the 18th anniversary of the “White Chicks” premiere, YG and Tyga dress up as Calabasas baddies for their upcoming track, “Run.”

Taking to Instagram to promote the video, the two are in a red Ferrari, wearing all-black attire.

It gets more interesting as the rappers sported wigs and silicone face masks to resemble women. Many fans found the post funny, referencing the 2004 film “White Chicks.” Others thought the video was just plain scary; one fan wrote:

“This scared the F*ck outta me.”

YG’s new single “Run” is set to release this Friday, June 24, and will include heavy hitter features from  Tyga, 21 Savage, and female MC BIA.

Last month Rapper YG won a dismissal of a felony robbery case in Las Vegas once he paid a “nuisance settlement” to the man claiming the rapper stole his chain. The alleged ch snatching occurred during a confrontation at the Cosmopolitan Hotel and Casino in 2018.

The trial concerning the robbery and grand larceny charges was supposed to start on May 16. Defense lawyer Gia Marina informed Rolling Stone:

“The victim no longer wanted to pursue the case and didn’t want to travel, so the state dismissed it. He was an out-of-state victim.”

Marina referred any questions about the civil settlement to YG’s lawyer, Joe Tacopina. Tacopina also repped the rapper after he was arrested in Los Angeles County in 2012 in connection with a different alleged robbery, but charges were never filed in that case.