Kodak Black may have a good reason as to why he was caught in possession of oxycodone pills. His legal team is saying the pills were prescribed. 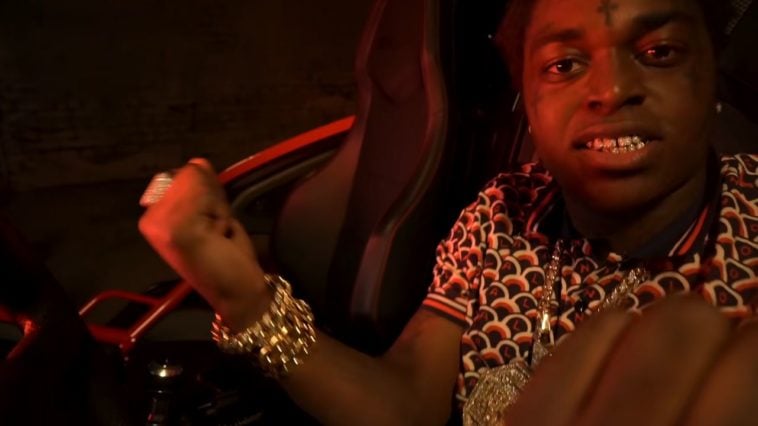 According to reports, the Florida rapper’s attorney Bradford Cohen claims Kodak currently has a prescription for the Oxycodone pills that were found in his possession during his recent arrest.

The “Purple Stamp” rapper is still struggling with chronic pain after being shot in LA earlier this year and his alleged attacks in prison back in 2020.

Cohen told reporters that he provided evidence to prosecutors to prove the pills were legally prescribed to the rapper.

This was in an attempt to settle the current charge against the “Super Gremlin” rapper as soon as possible.

Last Saturday (July, 16), after being charged with the possession of oxycodone pills, Kodak Black, real name Bill Kahan Kapri, was released from jail on a $75k bond.

Around 5 pm on Saturday, a reporter from NBC6 posted a video on Twitter showing the rapper had left the Broward County Jail in South Florida.

“Never Judge a case based on an arrest. There are always additional facts and circumstances that give rise to a defense, especially in this case,” said Bradford Cohen, Kodak’s defense attorney, in a tweet Saturday morning.

Cohen also stated that they would move forward to resolve Kodak’s issue quickly.

According to a tweet from Andy Slater, a radio talk show host based in Florida, this 25-year-old rapper was arrested on Friday due to drug trafficking.

It was reported that while the rapper was driving a purple Dodge Durango on the Florida Highway, the patrol noticed that the tints of Kodak’s car windows seemed darker than the legal limit.

Also, it was discovered that the rapper’s license had expired, and so did the vehicle’s registration.

When the police searched the car, they found nearly $75,000 in cash and a small clear bag containing 31 white oxycodone tablets.

According to the CDC, oxycodone is an opioid drug that treats pain and can be highly addictive. Overdosing on prescription opioids can stop breathing and lead to death. Bill Cosby Gets Cleaned Up W/ A Fresh Birthday Haircut