Tyler Perry is facing criticism for creating another movie that portrays Black people in a negative light. 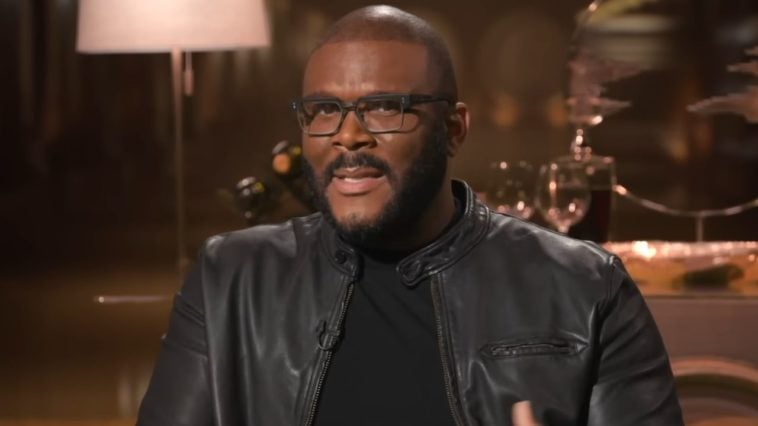 Tyler Perry released a trailer for a new Netflix original titled, A Jazzman’s Blues which will premiere on September 23rd.

The trailer reveals a Black man’s forbidden love with a wealthy white-passing Black woman whose family is against the idea of their daughter dating someone that isn’t financially wealthy.

Fans on Twitter were not too pleased with the movie mogul’s repetitive choice to put out films that showed the Black struggle.

“Tyler Perry said let’s do a niggafied version of the Notebook and came with the Jim Crow journal, I’m sick of him.”

Another user tweeted that the movie is giving black oppression vibes:

“An Interracial love movie with a dash of racial oppression, in 2022?”

Over the years, Perry has gotten a bunch of criticism for how he never has a movie that paints the Black community in a good light and this new one is no exception.

Queen Latifah And Ludacris Star In “End Of The Road”

There will also be another Netflix premiere to look out for next month.

Ludacris and Queen Latifah will star in End of the Road, coming to Netflix next month. The two hip-hop legends are heading to the big screen again in a road trip adventure that’s become life or death.