Houston rapper Travis Scott and Kylie Jenner aren’t embracing cuffing season – yet. The hip-hop pair have sparked social media’s interest after appearing to be romantically connected again but new reports claim they’re not rushing to get back together on serious terms anytime soon.

According to someone inside the on-again, off-again couple’s camp, the duo aren’t off the market with each other. While they are cool with one another, the most important thing they’re focused on is raising their daughter Stormi Webster.

There’s a lot of love between Travis and Kylie, and they’re even openly affectionate,” the insider says. “But they’re not back together and neither is in a place to be in a committed relationship.” The source says that Jenner, 23, and Scott, 29 — who share 2-year-old daughter Stormi Webster — have “both been dating here and there and are mature about that.” For now, the former couple are “really happy co-parenting Stormi and are on the same page about raising their daughter.” (People)

After a quick weekend reunion, Jenner hit up her Instagram page with a must-see shot of their mini-me. The pic featured Stormi rocking some signature Scott pants with a pair of pink Converse sneakers to complement the fit. 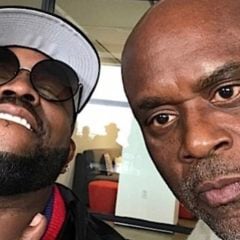 Last week, Jenner went to her Instagram page to share a jaw-dropping set of pics reunited with Travis. One pic even featured Scott without a shirt on and standing behind KJ. 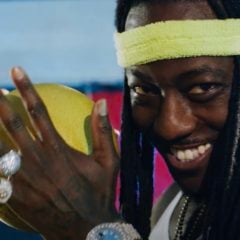