Every generation has an artist who significantly influenced the culture. In the next ten years, who knows who will be running the game? Many well-known artists are paving the way for other artists to thrive, and their impact won’t go unnoticed in the next decade. 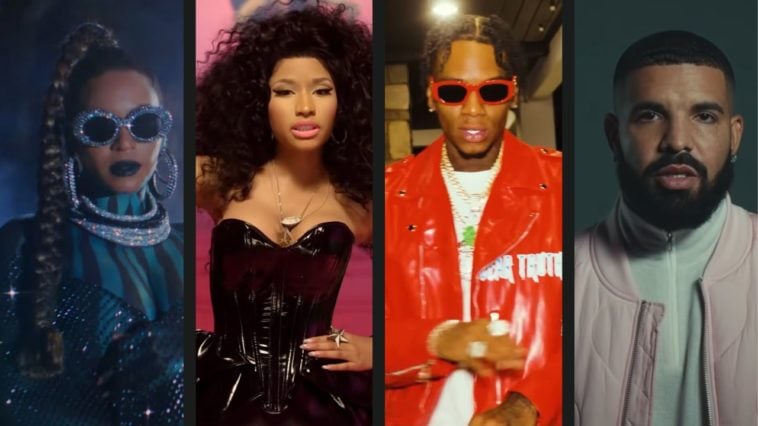 Since his debut album of College Dropout in 2004, Kanye set the tone in the music game, landing him three Grammys after his first solo project.

Over the years, Kanye grew his career by jumping into the retail industry, increasing his earnings to billionaire status. Whatever he decides to do next in the next ten years, it’s sure to be innovative and influential to the masses.

Queen Bey has taken her solo career by storm since performing with her girl group Destiny’s Child.

After going solo, she didn’t drop the pace and earned the seat as the most awarded Grammy-nominated artist and winner with 28 trophies.

In the next decade, if Blue hasn’t taken the shine already, Beyonce is sure to be continuing her trend in music while taking other artists under her wing.

The Queen of rap was one of the few women in the game back in the early 2000s, and since then, many artists have been influenced by her cadence.

Now, even after marriage and a child, she remains one of hip-hop’s most notable artists. In the next decade, she will keep the girls on their toes.

Despite a slight hiccup early in his career, Chris Brown redeemed himself with incredible vocals and stage presence.

The Virginia native has sold out arenas worldwide, and is a notable artist in all three categories: R&B, rap, and pop.

His versatility will surely last the next decade, with some believing him to be the Michael Jackson of our generation.

Cardi may have had an unconventional way of coming up in the industry, but that didn’t stop her from showing the world her skills.

Her discography isn’t as lengthy as the other artists but her name is very notable in music. In the next ten years, Cardi is sure to be making music for the culture.

October’s Very Own has dominated the music scene for the last ten years, and the next decade shouldn’t be any different.

The Toronto native has captured the ears of hundreds of thousands of people worldwide. In the next decade, if he isn’t back on the TV screen, Drake’s music could still captivate the sounds of artists in the future.

From being the first star discovered on Youtube, Soulja captured his fans at a time when social media was on the rise.

In the next ten years, Soulja Boy will keep that momentum as a social media sensation.

Although she is more than an artist, Rihanna’s talents have served this generation well with her music and Fenty empire. Rihanna’s influence will surely be remembered in the next decade with her Barbadian cadence and style.

The New York native is more than an artist. He already served in the game for over three decades, and another won’t be any different.

In the next ten years,  the world can’t help but remember Jay-Z as a successful rapper with a unique flow, and a business(man).

Some may think he is overlooked, but Lil Wayne’s bars have done so much for this generation.

With only five Grammy wins, it seems like the artist needs much more recognition. If he isn’t given his flowers now, they’ll surely be ready to be freshly picked in the next decade.

Speaking of remembering artists, ​​The late, great Michael Jackson would have turned 64 today, and fans worldwide have countless memories of him.

Here are five iconic moments from the King of Pop’s life and career. Why Drake’s 50,000 Sq Ft Toronto Mansion Was So Significant To The Kanye Truce Moment