Singer, rapper, and superstar Tink has just achieved gold on her song “Cut It Out.” She celebrated with her fans by releasing a trailer for her upcoming album Pillow Talk. 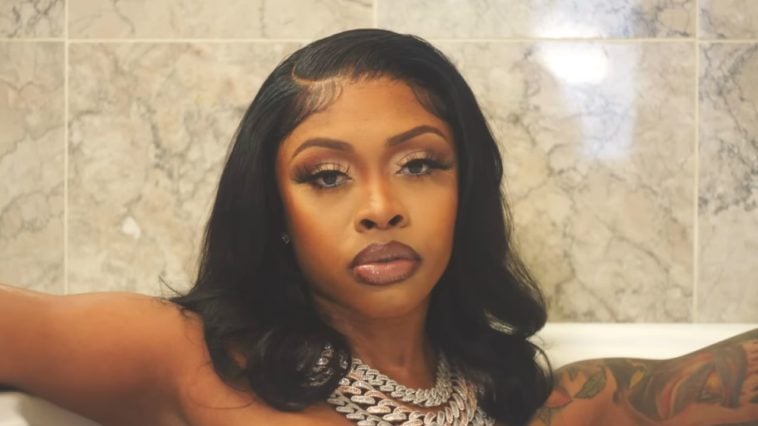 R&B singer Tink has just announced that her song “Cut It Out” from her 2019 project, Hopeless Romantic, has gone gold.

In celebration of this accomplishment, the “Different” artist released the trailer for her highly anticipated album, Pillow Talk.

In the trailer, you see her confronting her lover in a rage, later soothing herself with a relaxing bath, and she decides to set his stuff on fire in the bathtub.

In the trailer, the “Treat Me Like Somebody” singer makes her way out the door, serving looks, and letting fans know that her new upcoming project is about to be some heat.

The album is executive produced by Hitmaka and is set to be released on August 19th.

Nicki Minaj  is far from incognito mode as she reveals the cover art for her highly-anticipated track “Super Freaky Girl.”

Dressed in her signature pink look, the rap queen is gearing the Barbz up for another Pink Friday. Coachella’s Happening But Not Until These 2022 Dates Tekashi 6ix9ine’s Jade Might Not Be Single After All