To celebrate what would have been Biggie Smalls’ 50th birthday, Marvel has released an all-new variant cover of Deadpool featuring the late rapper and Merc with a Mouth next to him. 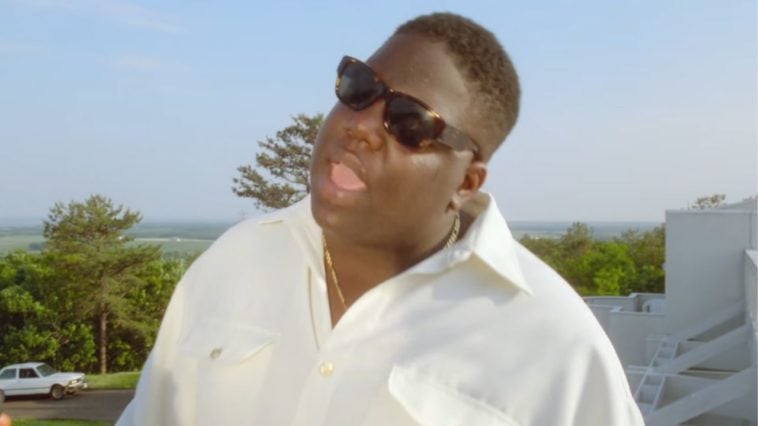 Marvel Comics has released a variant cover of Deadpool #1(2022) featuring the Notorious B.I.G sitting on a throne in his iconic lumberjack fit. The decision to feature the late “Juicy” rapper was to celebrate what would have been his 50th birthday (birthday May 21).

This also marks the second mention of Biggie, real name Christopher Wallace, in Marvel after first being mentioned in the Netflix series Luke Cage. Illustrated by Black Panther and Spawn cartoonist Ken Lashley, the variant cover art was made in collaboration with the sports entertainment agency Hustl.

“Biggie and Hip-Hop turned 50 this year, so we at hustl. were absolutely thrilled to work with his team and Marvel to create this variant as our way of paying tribute to one of the greatest and influential hip hop icons of all time.”

The Confusing Part About The B.I.G. + Marvel Collaboration

While the collaboration does a tribute to one of hip-hop’s most influential figures, the reasoning is confusing. Wallace’s birthday was since in May.

Also, the origins of the hip-hop genre date back to August 1973, meaning its 50th anniversary would be in August of next year (2023).

Nonetheless, the exclusive cover of Deadpool #1, penned by Alyssa Wong and Martin Coccolo, is available for a limited time on thehaul.com.

How Blade Paved the Way for MCU

Snipes is now set to return to the world of comics as the Exiled, a series of books unmistakably featuring his Blade-era likeness are set to be released.

SOHH, we took a look at how his films set the stage for the Marvel Cinematic Universe. Pusha T Hints At Something Big Brewing With Pharrell