Somebody seems to be messing around with radio veteran DJ Envy‘s cell phone number. The “Breakfast Club” co-host recently revealed he received several calls around 4 in the morning and when he called back, they capped hard about who they really were and claimed to be connected to New York rapper Tekashi 6ix9ine.

Whoever rang up DJ Envy’s line claimed to be “Murda” Murphy, 6ix9ine’s manager. They asked for an interview, but overall it seems like it was just a prank call. 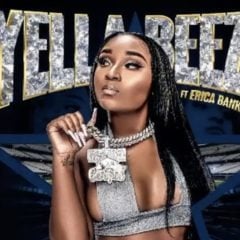 Hate him or love him, Tekashi 6ix9ine has one of the more fascinating stories in the rap game. The chart-topping ex-con and confirmed snitch has already been the subject of a Hulu documentary, and now there’s Showtime docuseries about him coming soon. Controversial rapper Tekashi 6ix9ine’s life has been especially crazy over the last few years since he became famous. Showtime is telling its version of the tale in Supervillain: The Making of Tekashi 6ix9ine, a three-part series beginning Feb. 21. 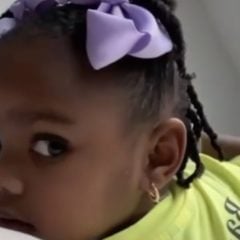 WATCHDaBaby Proves He Has The Cutest 3-Year Old Daughter

The Supervillain docuseries is directed by Karam Gill, who is known for a couple projects related to hip-hop. He directed Ice Cold, about the link between jewelry and rap culture; and G-Funk, about the groundbreaking 1990s West Coast sound.

“This series is bigger than 6ix9ine. It’s a cautionary tale about manufactured celebrity and how when our society allows Supervillains to rise, the collateral damage can be massive. In the era of Trump and the Jan. 6 insurrection, understanding and analyzing these stories is extremely important.” (Karam Gill)

6ix9ine has no respect being placed on his name. The hip-hop star is making headlines for getting name-dropped in a bogus report claiming he was involved in a strong-armed Miami robbery.

UPDATE: After an investigation, the alleged victim made up most of his story, police sources tell me. The incident, which did involve Tekashi69, took place at a paintball shooting range in Miami. The rapper has been cleared of any wrongdoing. Young Thug Wants Day Ones To ‘Punk’ Out On New Challenge