Everybody has an opinion about polarizing rapper Tekashi 6ix9ine — and a lot of them aren’t positive. Hip-hop’s most aggressive antagonist believes he doesn’t deserve the infamous “snitch” label, however.

In an interview for “TMZ Live,” Tekashi 6ix9ine challenges the idea that he snitched or ratted out his associates. According to Tek, his former crew lost his loyalty when they betrayed him; he says they kidnapped him and suggests he was conned out of money. 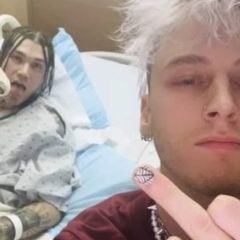 Tekashi 6ix9ine Says He’s Not Worried About His Enemies

During the same interview, it was pointed out that Tekashi was constantly looking around. Asked if he was concerned for his safety, 69 said he was just trying to figure out his Dunkin’ Donuts order. A lot of people think the platinum-selling MC should be worried, though, especially when he keeps doing stuff like this:

Gossip queen Wendy Williams is done with Tekashi. The controversial talk show host has shared her disgust and suggestion to have the “ZAZA” hitmaker banned from social media.