Atlanta rapper T.I. will not be returning to the big screen yet. He will reportedly have to fall back on continuing his Hollywood career for the third installment of Marvel’s Ant-Man franchise. 149 Views
Comments Off on T.I. Zapped From Ant-Man 3 But There’s A Tiny Twist

According to new reports, Marvel Studios fans won’t get a chance to see Tip make a third consecutive appearance in the Ant-Man franchise. 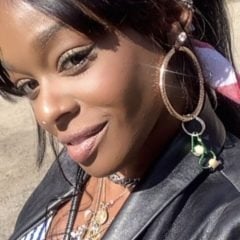 The Grammy-winning rapper and his wife Tiny don’t have to worry about lawyering up quite yet. Recent reports claim the couple are not facing an investigation amid the grave accusations. According to reports, Tip and Tiny can remain calm and keep grinding away at their regular business affairs. There’s no active filed lawsuits aimed at them despite weeks of heated coverage of serious allegations including sex trafficking. Nick Cannon Names The Top 5 Rappers That Can Fight