Let’s talk about how Summer Walker came through with a new track collaborating with SZA and Cardi B. Plus, Latto’s sophomore album is finally here and it was well worth the wait! The ladies are out here holding each other down. 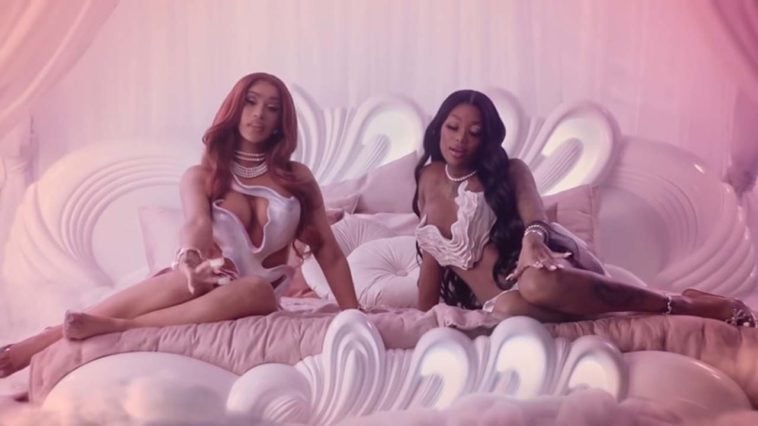 Summer Walker blessed us with an extended version to her hit track “No Love” and its fire.  The track includes a collaboration with SZA and Cardi B and the visuals to the song are everything! The theme of the video was to show some sort of love to all the elements of the zodiac signs (Fire, Earth, Air, and Water).

However, Summer didn’t stop there.  Sis got out of her comfort zone and hit us with choreography and she did amazing. She and SZA show off their moves on the pole, keeping it sexy and classy at the same time.  It is safe to say that Cardi B stole the show flaunting the vocals we never knew she had.

Latto’s sophomore album “777” is finally here, and it was definitely worth the wait. Fans are loving the album already and steadily trying to crack the surprise collaboration on “Big Energy Remix.”  The lucky female emcee has been constantly dodging obstacles during the anticipated release of her album. Although she’s has been in everybody’s mouth the past few weeks and she’s endured her share of sexual harassment, Big Latto bounces back every time. The Georgia peach is proving why she tilted this album 777, and we’re here for it.

When she’s not using her platform to speak on the war, Cardi B is out here still making money moves with her debut album.  After being released four years ago, “Invasion of Privacy” is still making RIAA history and being certified triple platinum just isn’t enough. Chart data confirmed all the songs on the album are now certified platinum, becoming the first album in history to have all of its songs certified platinum or higher by the Recording Industry Association of America.  Cardi B took to Instagram to announce her moves into acting, along with her family – husband Offset, and baby girl Kulture on Nickelodeon’s show “Baby Shark.”

Florida emcee Doechii took to Twitter to announce she is the first female rapper to sign to TDE. Her new hit single “Persuasive” is a feel good upbeat track, and we can’t wait to see what Doechii has in store after being signed. She was on tour with labelmate SZA back in November, but we’re ready for a collab!

R&B singer Kehlani took to Instagram to announce her new album “Blue Water Rode” is currently in the works and is set to be released late April. We’ve been waiting on Kehlani’s comeback since she was featured on Young Bleu’s track “Beautiful Lies” Remix.

It’s Pink Friday, and the queen herself surprised us all with a new drop. Nicki Minaj just took to Twitter to announce her new hit “We Go Up” featuring New York drill rapper, Fivio Foreign and that thang is already #1 on US ITunes. Nicki has been surprising us lately with these new collabs. We wonder who the next surprise artist will be…. hint-hint, Latto?

Tommie Lee Arrested Again While Being Drunk In court