Latto just dropped her new album, 777, and although the surprise collab was set to be revealed on Monday, the southern belle came through for her fans and confirmed the feature early.  (Let’s just say, we told you SOHH!) 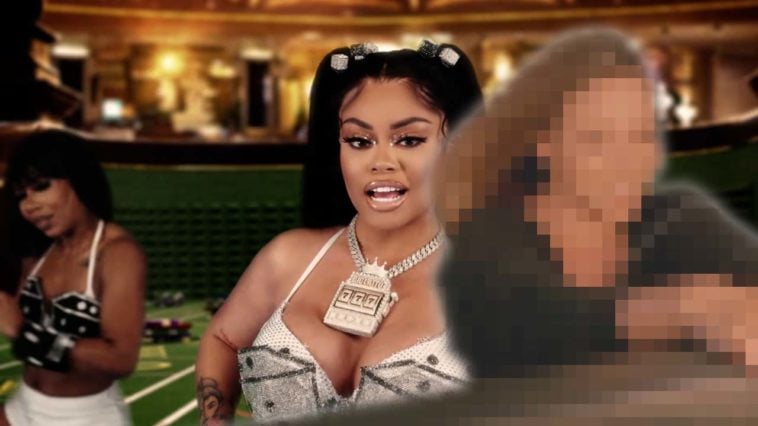 193 Views
Comments Off on Latto Confirms The Feature For The “Big Energy Remix” (Told You SOHH!)

In a surprise move, Latto took to Twitter to post a simple tweet with two emojis  – the “777” emoji and a butterfly emoji.  This sent fans into a frenzy, as they immediately started to play the guessing game.

However, the game didn’t last long when no other than Mariah Carey retweeted Latto with the eye emoji, thereby confirming the “Big Energy” collaboration.

The combination of Mariah Carey, the pop/R&B superstar, and Latto, the rising southern rapper is beyond perfect.  Beyond the obvious that Latto’s Big Energy sampled Mariah Carey’s 1995 hit “Fantasy,” the two share a common biracial heritage.  Latto’s father is black and her mother is white (hence her formal moniker, “Mulatto”).  Mariah Carey has an African-American and Afro-Venezuelan father and an Irish mother. And of course, they are both beautiful!

Our investigation was correct!

Just days ago, the southern belle dropped some clues on fans pointing to the reveal of a major feature from her upcoming 777 album release.  Latto dropped the tracklist to her upcoming album 777 which includes the list of artists set to be featured on the album. One song in particular –“Big Energy Remix” — had the artist’s name blurred out, leaving fans to guess who was on the secret collaboration. The blurred name was clearly two words. Amateur forensic sleuths on the internet were able to decipher that the first letter of the first name started with an “M” or “N.”

We deduced it was either Nicki Minaj or Mariah Carey. Mariah Carey’s feature on Latto’s hit “Big Energy” Remix has fans more than ready for the track to drop.

Could this remix be Mariah Carey’s way of coming back into the music industry?