New York rap veteran Safaree Samuels is drawing some controversy. After a recent conversation with his wife and vixen Erica Mena, social media has gone after him over his comments.

Although this discussion has been visited on “Love & Hip Hop” before, the couple talked about whether or not they want more kids. While Mena was game for it, Safaree had something else to say. He asked that somebody else carry the child, which Mena prefaced by revealing that Safaree didn’t like that she gained weight during pregnancy. 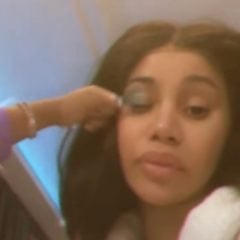 Social Media Goes Off On Safaree

After seeing the clip, social media has erupted on Safaree. Twitter users have called him out over his comments and many users simply revealed their shock over the matter.

Safaree knows how to let his emotions run wild. He recently went online to celebrate his daughter turning 10 months old but also to let the world in on his feelings as a daddy. Safaree took to Instagram to let it be known what it’s like to have kids. He says he doesn’t understand how some can have a child and not want to spend all their time together, in true father fashion.

“Some1 turned 10 months today @safiremajesty Now that I have a child, I really can’t understand men who have children and don’t want to see them every day. How do they go years without seeing em. I hate being away from her and love seeing her face so much. How do men do that? But salute to the men and women who are a part of their child’s lives 🙏🏾 Just thinking out loud. Love” – Safaree’s Instagram

Outside of his daughter and wife, Safaree isn’t feeling the love – at all. The hip-hop reality TV entertainer recently lit up his social media pages with something a bit deeper than shade aimed at the Grammy Awards. The hip-hop performer and father of one didn’t bite his tongue or give his Twitter fingers a break. Safaree singled out the Grammys for not properly putting respect on his name or craft.

“The music business is politics and hustle. I’m never surprised by the Grammys. I should’ve been gotta a Grammy. I’m a f*cking unrated underdog goat. I just don’t click up w/ni%%as or follow style so they hate. Anyway fu%^ you Grammys y’all been dumb asses! Y’all ain’t sh*t‼️” -Safaree Samuels’ Twitter