Rico Nasty says she’s been the ugly friend her whole life, and she’s over it. 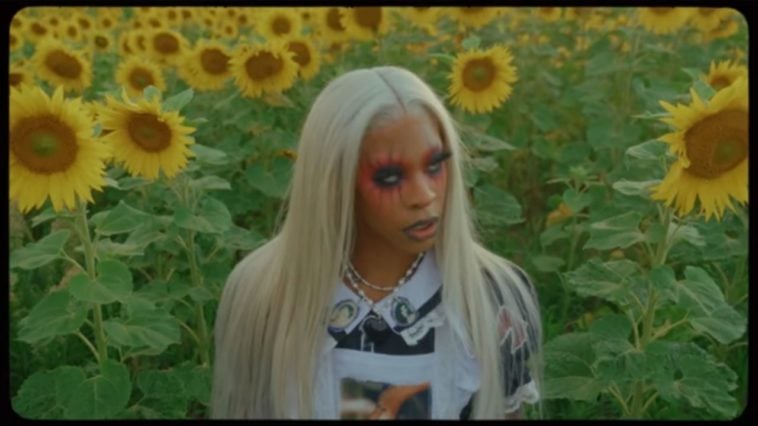 The “Vaderz” rapper took to Tik Tok to rant about an issue she’s faced all her life.

Rico Nasty is simply over being the ugly friend out of all her homegirls. Posted in a black hoodie, pink wig, and gray eye contact, Rico can be seen blowing off some much-needed steam, comparing herself to her best friend.

“Let’s talk about it. I am tired of being the ugly friend, I’m tired of it. I have been the ugly friend my entire life. My best friend has titties, ass, hips and beautiful eyes. I got contacts and dry ass stoner lips.”

The “Smack A B*tch” crooner stopped there; she went on to explain throughout her life that people wouldn’t bother to romantically court her but rather ask to be hooked up with her friends.  specifically “Vegas” rapper Doja Cat.

“My whole life has been ayo what’s up with your friend or what’s up with so and so. Never nobody want to know about me! What’s wrong with me!!? I’m tired of this shit. I’m tired of ni**as being like aye bruh put me on with Doja Cat. She don’t want you nigga, I’m right here!”

Rico Nasty is known for her unique style; many friends were surprised by the video and disagreed with her claims.

Last year the DMV rapper confronted an unresponsive crowd that booed her while performing in Los Angeles for Playboi Carti’s King Vamp tour.

During a stop in Los Angeles, the crowd started booing Rico and asking for Playboi Carti.

The “Magic” rapper did not back down and responded to the crowd calling them “disrespectful mfers” and saying that instead of performing, they would just sit in silence.

The following day, she went on Twitter and snapped back at some people who were clowning her, posting: