Maybach Music Group leader Rick Ross is spreading the wealth – literally. The hip-hop star has flexed major family goals by saluting his 16-year-old son with a life-changing present in the form of becoming the owner of a Wingstop fast food restaurant. 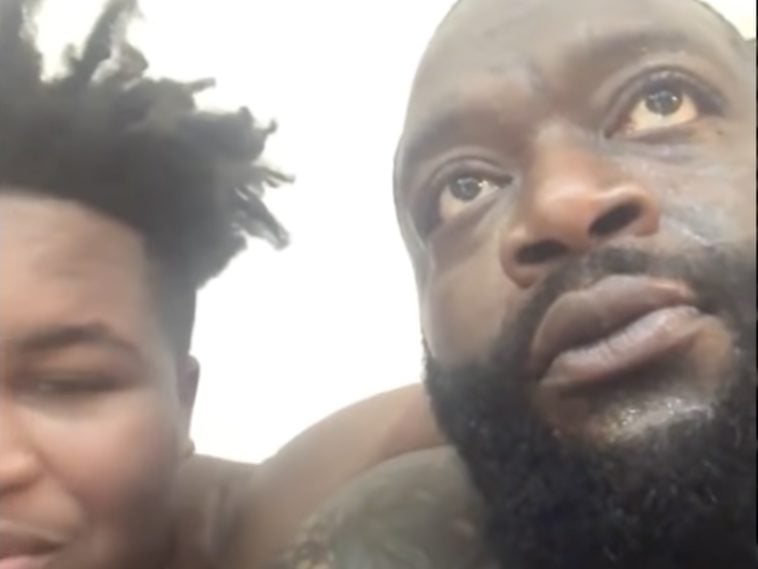 “Everyone wish my son @mmgbigbank HAPPY 16th BIRTHDAY !!! Today he became the owner of his 1st @wingstop franchise. Your now officially a BOSS !!! Keep Going.”

The epic reveal sparked endless co-signs from some of the biggest names in the rap game.

Roberts III also hit up his Instagram page to share a slideshow of pics showing off his born day flex. Ricky Rozay made sure to slide into the comments section with a salute.

“William I’m extremely proud of you my son.”

Rick Ross Says His Next Album Is His Best Ever

Outside of the family goals, Ross is currently working on a new studio effort. Recently, Yung Renzel said Richer Than I’ve Ever Been, the title of his next album, is the best music he’s ever made. Although there’s no confirmed release date, tracklist, or any further details about the LP, fans of the Southern crooner have everything to be excited about. It was supposed to drop at the beginning of this year, but Ross delayed the release and has used the time to make the album even better.

“Really I feel this is the best album. I make progress every day. The words I use, the positions I’m in. The things I’m able to say. Some of the stuff I’m saying on the album gon’ separate this album from others. A lot of people are going to say Rozay shouldn’t have did thaaaat. I think I should. Why not? That’s what the game needs. I’m only going to bring what the game needs.” (“The Bakari Sellers Podcast”)

Rick Ross Really Followed “Fake It ‘Til You Make It” Mindset

Rick Ross really used to cap, so hopefully he’s telling the truth about his album. Regardless, the hip-hop star recently went online to reveal he followed “fake it ’til you make it” down to a T.

RR went onto Instagram to explain that when he used to rap about expensive watches and luxury items, it was all cap. He says it helped him manifest where he is now. With a net worth estimated to be $40 million, perhaps it worked.

Rick Ross does have legit money now, and a legit car collection. So move over Olivia Rodrigo – the FL native is trying to get his driver’s license. He went to social media recently with a video airing out his frustrations with the folks down at the DMV.

Over the summer, the Maybach Music Group boss went on Instagram with a hilarious video. He revealed he has literally 100 cars but no license.

RR continued on and brought up how the workers at the DMV asked him if he’s an organ donor. He cleared up the air and said no matter what, his heart was pure.

“You own 100 cars and don’t have a driver’s license. But more importantly, I’m filling everything for my driver’s license and they ask me, ‘Are you an organ donor?’ And you know what I said? ‘Damn.’ If something was to happen to me and they looked inside of me and saw how good my heart was.”