Reginae Carter was growing up hip-hop on TV years before she debuted on the We network reality show “Growing Up Hip-Hop.”

Southern rap legend Lil Wayne‘s daughter has been in the public eye since she was 16 and appeared on MTV’s “My Super Sweet 16” on an episode highlighting her milestone birthday party.

Now 21 years old, Regine has become a celebrity in her own right.

Reginae has made her own music, and she’s been linked to the industry through her on-again, off-again relationship with Atlanta rapper YFN Lucci.

With each new project, Reginae Carter continues to build her career and expand her brand independent of just being one of Lil Wayne’s kids. Here are 7 key things to know about Reginae before she becomes mainstream famous on her own.

1. Reginae Was Born Right Before Lil Wayne’s Career Took Off

Reginae was born on Nov. 29, 1998. Lil Wayne was just 16 years old at the time. Less than a year later, the Hot Boyz dropped the Guerilla Warfare album that would go platinum and reach No. 5 on the Billboard charts. Wayne’s solo debut Tha Block Is Hot came out shortly after, also going platinum and peaking at No. 3 on the charts.

Reginae Carter’s mother, Toya Johnson, is just as much of a hustler as Lil Wayne. Toya has been the star of her own reality show, “Toya: A Family Affair” and she co-starred with R&B singer Tiny Harris on their show “Tiny and Toya.” She’s also a published author who has written four books, she owns a clothing boutique in New Orleans, and she owns a shoe boutique in Georgia. 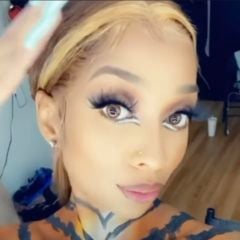 Naturally, Lil Wayne’s daughter would try her hand in the music industry. When she was about 15, Reginae Carter dropped a single and video for “Mind Goin Crazy.” To date, it has over 2.7 million views on her YouTube channel. 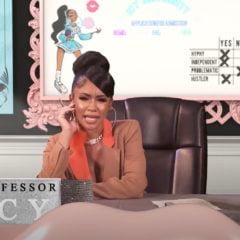 WATCHSaweetie Reveals Her Secret To Bagging An 8 Figure Man

4. Reginae Carter Was Featured On ‘My Super Sweet 16’

The MTV reality series “My Super Sweet 16,” which last aired in 2017, featured the kids of celebrities and non-celebrities whose parents were going all-out to throw them an epic 16th birthday party. Reginae was the star of an episode in Season 8, in which Lil Wayne bought her a Ferrari in addition to the BMW she had already been gifted. Diddy, Cee-Lo Green, Eazy-E and Spindarella‘s kids also starred in “My Super Sweet 16” episodes.

5. Reginae Carter Was On ‘Growing Up Hip-Hop: Atlanta’

The first season of We TV’s “Growing Up Hip-Hop: Atlanta” featured Reginae in the main cast. Another milestone birthday party, her 18th, was the setting for one of the season’s main story lines and dramatic climaxes.

6. Reginae Has Two Movie Credits To Her Name

As an actress, Reginae had notable roles in a pair of TV movies that were released in 2019. In Dear Santa, I Need A Date, she played one of the women Ray J‘s character dated when he was trying to find a girlfriend to bring home to his family for the holidays. In Pride & Prejudice: Atlanta, she played one of five sisters whose mother (played by Jackee Harry) is trying to marry off.

7. Reginae Has Been Dating YFN Lucci

Atlanta rapper YFN Lucci has been dating Reginae Carter off and on since 2018. He is eight years older than Reginae and has two children. After their most recent breakup, Reginae publicly declared she wasn’t going to date any more rappers, or any more men who have kids. In late-October, however, rumors of the couple reconciling were swirling when some social media sleuths pointed out evidence that Reginae and Lucci were vacationing together.