50 Cent was never really supporting Donald Trump and is going to vote for Joe Biden as President of the United States. At least that’s according to 50’s ex-girlfriend, comedian Chelsea Handler.

A couple weeks ago, 50 set the Internet on fire when he put his support behind Trump in response to Biden’s plan to increase taxes on rich people. (ICYMI, Curtis Jackson is rich.) After Handler called out him on social media, 50 declared “F*** Donald Trump, I never liked him.” Now she’s saying 50 is definitely supporting Biden.

Was 50 Cent Serious About Supporting Trump? 50 isn’t taking his digital foot off Young Buck‘s neck. The hip-hop veteran has continued to fuel the fire between their back-and-forth online war. 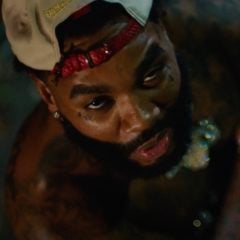