For this week in music fans will get new albums and songs from the likes of Blxst, Pusha T, Benny The Butcher, and many more. 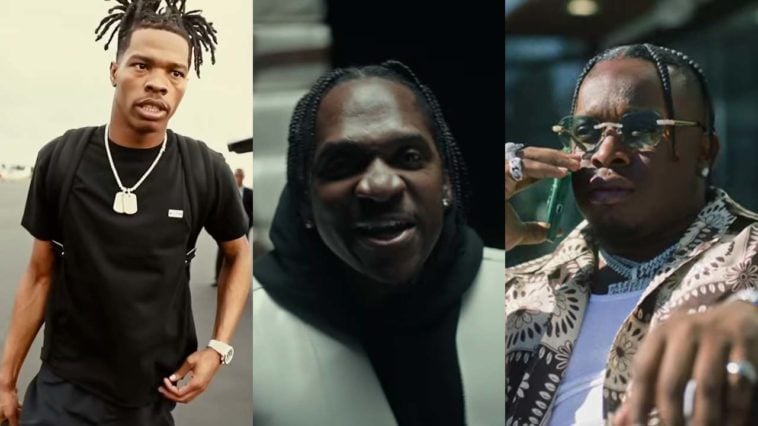 368 Views
Comments Off on Pusha T Drops It’s Almost Dry, Wiz Khalifia Goes Back To Mixtapes, Blxst Comes With Before You Go, Ed Sheeran Does The Two-Step With Lil Baby

Abdul make sure to link to the article pertaining to the Cudi/West beef.

Blxst Releases Before You Go

Blxst has released his Sophomore project “Before You Go”  which has the recent single “Sometimes” featuring Zacari. The “Be Alone” rapper also recruited Rick Ross, Arin Ray, and Grandmaster Vic.

Ed Sheeran releases a video for 2Step featuring Lil Baby. The video was filmed in Ukraine before all the chaos happened against Russia.

Tory Lanez continues to come with music with the new song I Like. As of late, the “Stupid Again” rapper has not let the current trial with Megan Thee Stallion keep him from dropping music.

Logic releases two new singles titled Tetris and Decades. The “Let Me Go” rapper will soon release a new album titled Vinyl Days, the last album from the Mayland native was titled “No Pressure” in 2020.

Southside drops the heavily anticipated song Hold That Heat featuring Travis Scott and Lil Durk. This is the first public song appearance from the Sicko Mode” since the Astroworld concert tragedy.

Ab-Soul comes out with a new song titled Hollandaise. The Huey Knew” rapper hasn’t released an album since 2016 with Do What Thou Whit.”

Megan Thee Stallion has released a new track titled “Plan B.” The Grammy-award-winning rapper gave fans a sneak peek at the song while she performed it at Coachella.

Tay Keith releases the new single “Lights Off” featuring Lil Durk and Gunna. The record producer came out with his debut album “Fxck the Cash Up in 2020.

Earlier this week, Kendrick Lamar announced he’s dropping a new album titled Mr. Morale & The Big Steppers on May 13th. This will be the “Loyalty” rapper’s first album in 5 years since Damn in 2017.

NLE Choppa comes back with a new song Slut Me Out. Earlier this year the Memphis native released his mixtape “Me vs Me.”

Redveil has released his new album Learn 2 Swim after releasing “Better” and “Diving Board” as his singles for the album.

Antonio Brown released his new album “Paradigm” after releasing “Pit Not The Palace” song in January. T.I. Responds To Criticism About His Parenting After His Son Gets Arrested