Nicki Minaj has released the video to “Super Freaky Girl.” It is a true Barbie’s paradise with a dark twist. 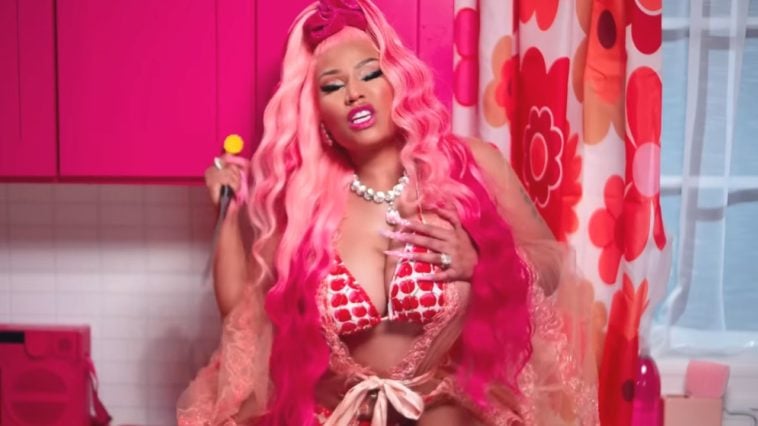 In the new video “Super Freaky Girl,” the Beam Me Up Scotty rapper is in a Barbie Dream house with her Ken, Alexander Ludwig; however, she has an unstable side.

In the video, she has deadly weapons, and tortures her lover behind closed doors, and is a proper woman in the streets.

The video showed elements of the Barbie lifestyle.

The pink car, the pink house, and the pink cat are all the things that the Queen of hip-hop embodies.

There is one scene where the iconic rapper set her man on fire, and it could be seen as a reference to where Lisa “Left Eye” Lopes attempted to burn her lover’s house down due to his infidelity.

The success of “Super Freaky Girl” is just one step toward Nicki Minaj receiving all of her flowers for her contribution to music and the culture.

During the VMA’s, Nicki Minaj did something unexpected during her acceptance speech.

During the speech, she thanked those who gave her opportunities, including Rihanna, Beyoncè, Madonna, Eminem, and Britney Spears.