Cardi B and Nicki Minaj are continuing to take jabs at each other over a tweet meant for an artist named Bella Porch. 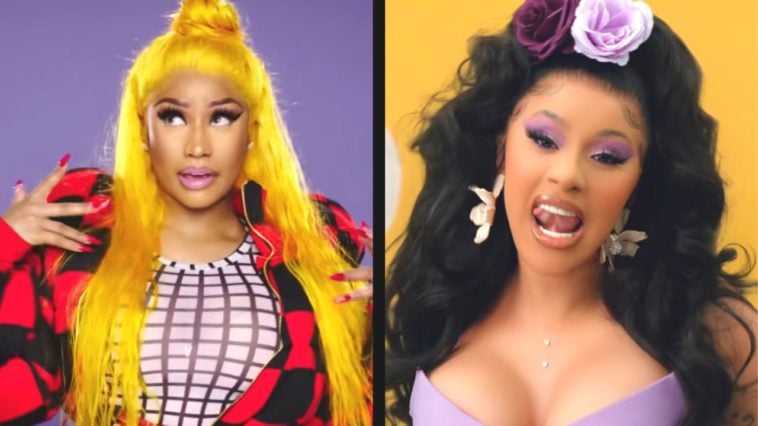 It seems like there’s no ending in sight with the feud between Nicki Minaj and Cardi B.

In a now-deleted tweet, Nicki took shots at Cardi because she thought the “Bodak Yellow” rapper was hating on the success of her new single “Super Freaky Girl”:

“Imagine telling the barbs to go stream, then they break a whole Spotify record lmao highest first day of streams for a female rap song in history or something like that”

The tweet was a response to Cardi to go stream a movie she’s on:

A fan reacted to the recent jabs and wanted to know the real issue between the two female MCs:

“I see the Cardi B and Nicki Minaj beef is starting again, like what is the new point.”

At some point, the two rappers have to find peace with each other or agree to disagree entirely.

Recently, things got messy when a DJ from a New York radio station mistook Cardi B for Nicki Minaj.

Back in May, NYC Power 105 radio personality, DJ Will, took to Instagram to sincerely apologize to Cardi B for mistakenly calling her “Nicki Minaj.”

Will explained that typically he would double-check who the celebrity guest appearing at the club is, but that night he took the word from his colleagues instead. Here Are The Top 11 Female Rappers Up Next, According To NLE Choppa