Even if Boosie Badazz felt insulted by Mike Tyson, what was he going to do? The Louisiana rapper was recently interviewed by the former heavyweight champion of the world, and things took a tense turn when Tyson questioned Boosie’s sexuality.

Boosie has stirred controversy with his unabashed criticism of retired NBA superstar Dwyane Wade‘s transgender child, Zaya, who was born male but identifies as female at 12 years old. Tyson brought it up in their “Hotboxin’ With Mike Tyson” interview, asking Boosie, “Why do you say things about people who might be a homosexual? … Do you feel there’s a possibility that you’re a homosexual and by disrespecting them it furthers yourself from being a homosexual? I’m thinking you may like homosexuals.”

Boosie vs. The Baddest Man On The Planet

Tyson clarified that he wasn’t making any accusations, he was just looking for answers. Either way, it’s good for Boosie that he was able to stay calm in the face of Tyson’s words. Boosie is about 5-foot-6, maybe a welterweight at best. 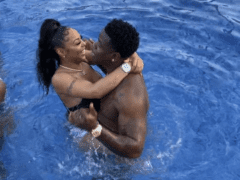 Boosie Goes Off On Dwyane Wade

Earlier this year, D-Wade publicly spoke out on Ellen DeGeneres‘ “The Ellen Show” in support of Zaya. Boosie couldn’t keep his cool and went on a rant about Wade’s acceptance of his child’s gender identity. 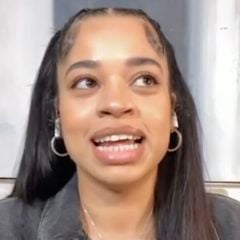