Megan Thee Stallion dropped a new song, and fans say it could be toxic due to the feature. 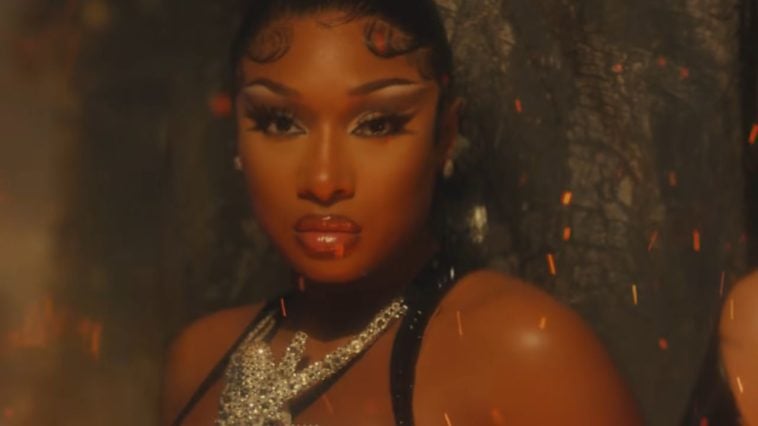 The “Plan B” rapper has dropped the visuals for her new single, “Pressurelicious,” featuring Future.

The racy video revealed Meg in an O-ring bikini as she gyrates to the beat in a room with red light special effects.

One user said, “Megan Thee Stallion new video is given American horror story but sexy…”. Another user reacted completely differently. They said, “I thought I would never say this… but Meg’s new video is too much for me.”

In addition, this collab marks the first time the Hot Girl and Pluto have worked with one another.

Another user in the announcement’s comments said, “I feel like this will be my toxic anthem.”

The “Plan B” rapper took to Instagram to show love to the soulful music mogul Erykah Badu.

The Neo Soul artist hopped on stage with Megan; what she did next shocked us all. The “Bag Lady” singer can be seen taking off her vest, gearing up to prove to fans she still has it.

Soon as the beat dropped, the 51-year-old legend kept it cute as she twerked, showing us how they move in Texas.

Meg and the audience hyped up the “On and On” singer, enjoying stealing the show.