Megan Thee Stallion doesn’t hold back when it comes to her music. She recently got candid with fans expressing her frustrations with her label. However, after Megan said her piece, she announced the official release date of her highly anticipated album. 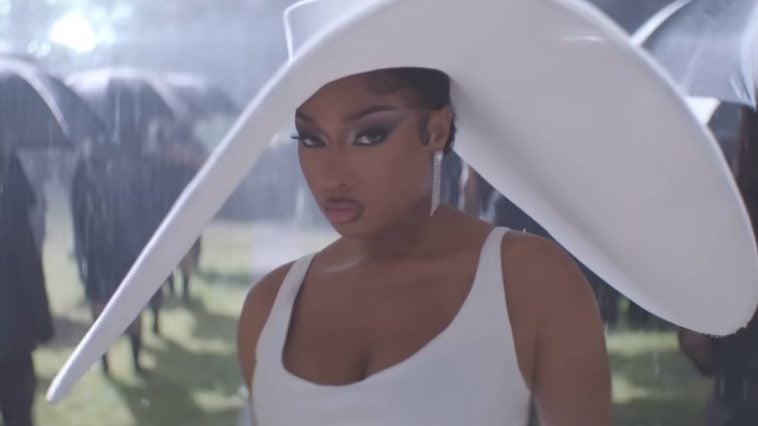 Megan took to Twitter to express her recent struggles, preparing for the release of her sophomore album.

Earlier this year, the original album release date was delayed, among other setbacks, due to her messy battle with her label, 1501 Certified Entertainment.

“Y’all know I always have problems with dropping my music under this label,all these games and having to go to court just to put out my art has been so stressful. Thank you hotties for rocking with me through the bullshit WE ALMOST OUT  LETS STAY FOCUSED AND RUN THIS LAST ONE UP”

After her transparency with fans, the “Plan B” artist showed gratitude for her Hottie fans’ support.

The “Sweetest Pie” rapper took to Instagram to officially announce the album release date, revealing the tracklist. Truamazine will be released this Friday, August 12.

The Rock Wants To Be Megan The Stallion’s Pet “Rock”

Dwayne “The Rock” Johnson took to Instagram to share a snippet of a recent interview alongside Kevin Hart for their upcoming movie, “DC League Of Super-Pets.”

During the interesting interview, he admits to wanting be Megan Thee Stallion’s “pet rock.”

During the interview, the two actors were asked a few questions— one question, in particular, stood out:

“What celebrity would you want to be a pet to?” Funk Flex Names The Only Reason Drake’s Not His Fave Rapper Of All Time: “He Would Have Surpassed JAY-Z”