A Nicki Minaj fan got a big payday after selling the rapper’s embellished VMA performance nail. Plus, the Queens-bred rapper also teased fans with a sneak peek at her remix to her latest hit single, “Super Freaky Girl.” 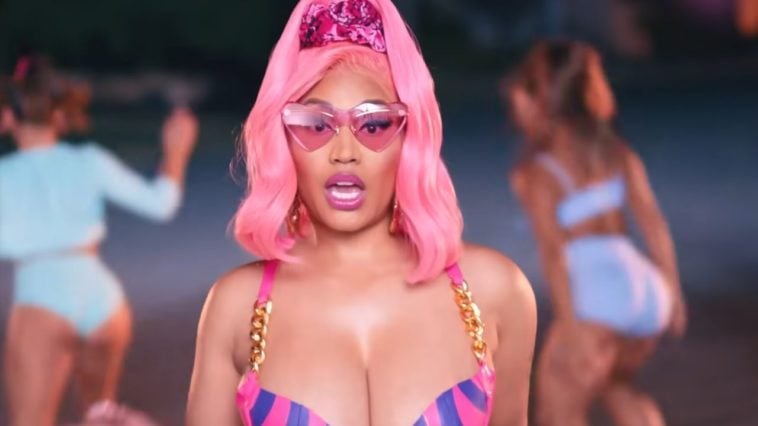 During Nicki Minaj’s recent VMA performance, one of the artist’s nails popped off. It eventually found itself on eBay where it was posted by one of her fans.

Nicki also teased a remix to her latest single, “Super Freaky Girl,” which led fans to wonder who will make a guest appearance on the track “Queen’s Mix”

There’s speculation that she may be hinting at possible features with artists from the named cities. Fans are eager to know who was chosen to be on the Queen’s track.

“I feel like this #QueenMix of SUPER FREAKY GIRL is about to be a SUPER FKN HIT! @NICKIMINAJ, I can’t wait to see what you have up your sleeve 👀😉😛👅🔥,” one user wrote on Twitter.

In addition, Nicki hopped back on Twitter to let her fans know the remix will also have a sequel.

Fans are hyped about Nicki Minaj’s recent announcement about the return of her radio show, Queen Radio, and new visuals for her hit single, “Super Freaky Girl.”

Nicki Minaj announced on Twitter that she would be bringing Queen Radio back to Apple. Coi Leray Has Been Eyeing a Role Beside Zendaya In “Euphoria.”