Megan Thee Stallion is releasing a new documentary with Roc Nation, promising to reveal to the world a side of Megan that’s never been shown before. 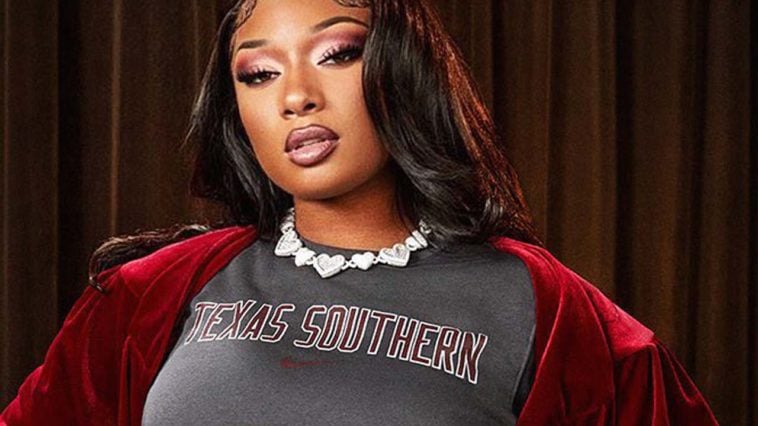 Megan Thee Stallion and her management team Roc Nation have joined forces with TIME Studios to release a multi-part documentary about the rap superstar.

The docu-series will follow Megan’s private and professional milestones, and give an intimate perspective into her life. The doc will not only show her upbringing in Houston, Texas but viewers will see her rise to stardom.

The project is set to shed light on the many facets to Megan’s multilayered personality. The docu-series will be directed by Nneka Onuorah who has teamed up with Lizzo for her new show Watch Out For The Big Grrrls.

Beyond amplifying the Houston native’s journey to fame, the project will also show the private side of Megan rarely glimpsed by the public, including her inner struggles and romantic entanglements.  The rapper has been linked with Moneybagg Yo and recently with songwriter Pardison Fontaine. It will show us the personal obstacles Megan overcame from being raised without her parents to her struggles to graduate from Texas Southern University while building a music career.

It is unclear how much of detail of the Torey Lanez/Megan Thee Stallion shooting case will be revealed in the documentary as the case is still winding its way through the courts.

TIME highlighted Megan in 2020 on their iconic annual list of the “Most Influential People In The World”. TIME Studio’s Co-Head of Documentary, Loren Hammonds says about the Megan doc:

“We are thrilled to be able to work with Roc Nation to share Megan’s story with the world. Millions of people are familiar with her as an entertainer, but this series will give her a chance to share her truth as never before.”

Hammonds continued: “Her story is a powerful one, and the accomplishments that she continues to achieve are remarkable. We feel lucky to have this opportunity to capture her at a crucial moment in her life and career, as she continues to grow exponentially in both her artistry and global impact.”

Roc Nation CEO Desiree Perez remarked that “Megan has quickly blossomed into one of the pre-eminent entertainers in the world and it’s a testament to her perseverance, resilience and professionalism.”

Perez continued “Her journey is inspirational and we’re proud to have partnered with TIME Studios to highlight her personal and professional trajectory over the years. Our hope is that this documentary will inspire viewers to stay the course and pursue their passions through the ups and downs.”

Beyond the documentary, Megan Thee Stallion is currently in a feud with her record label. She has clapped back with a heavy hand against her record label’s claims that she owes them music. Megan said they’re drug addicts, money-hungry, and are scapegoating her when the real issue is with Houston music icon, J. Prince.