Meek Mill has been trending on Twitter as fans take a trip down memory lane on the rapper’s most confusing, awkward, and ridiculous moments throughout his career. 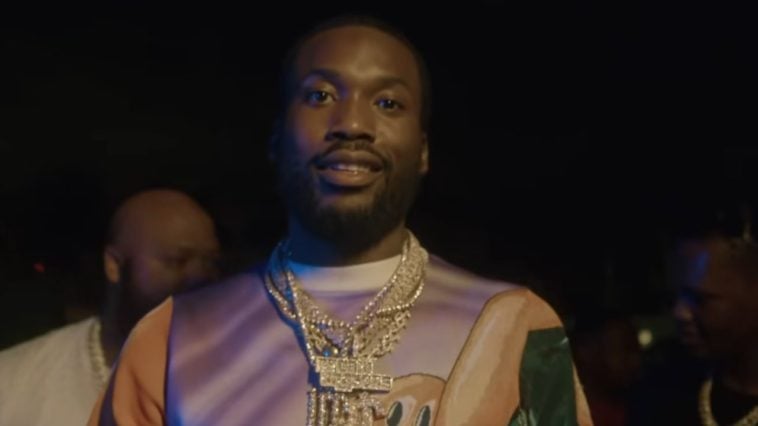 Fans on social media are going back in time to where Meek Mill showed his awkward side over the years in his career. Here are some of Meek’s most ridiculous moments:

1. French Fries By The Pool

In 2020, the Philadelphia native posted a picture of him on social media where he puts french fries on his lap, instead of on a plate or container while kicking his feet in the pool.

Last year, footage surfaced on the internet and revealed the “Levels” artist engaging in a tickle fight with NBA basketball player James Harden in front of a dancing Lil Uzi Vert.

3. Riding On The Back Of A Motorcycle With Nicki Minaj

Another fan captured an old photo around 2015-2016 of Meek Mill riding in the back of a motorcycle with then-girlfriend Nicki Minaj.

Recently, Meek Mill showed off his boxing skills by punching a yoga ball out of someone’s hands.

Another Twitter user seemingly says that Meek Mill is not a real person based on his other activities and food choices deemed weird by fans.

SOHH has recently looked back on another rapper’s trend of awkward moments in their career.

One thing Kevin Gates is known for is his unpredictable behavior. The Louisiana native was recently trending on Black Twitter for some of his most memorable and ridiculous moments.