Both Luda and Larenz went to Instagram to geek out over the best part of the power move. They both acknowledged how the sale would also allow every past VERZUZ participant to be a stakeholder in the short form video app.

Tate specifically pointed out this way of thinking and business-making should become a required action. 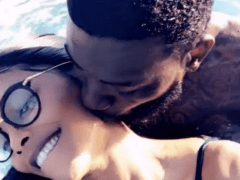 The VERZUZ new deal will leave the two producers as members of the Triller Verzuz management team. Swizz Beatz spoke about the situation and praised Triller for how beneficial they are for artists and creatives alike.

“This is what we were supposed to do — even though everyone felt like they’d already gotten paid from streams and sponsorships. We never took any of the money from those things. People were saying, why are you guys giving away so much. But we’d say we’re not giving away anything, we’re sharing because we didn’t build Verzuz by ourselves. It would have taken us four years to raise capital for Verzuz, so why dilute our shares? In doing so, there wouldn’t have been enough to bring everybody here. That’s why we had to be very smart and calculated on how we transitioned [for the future] by merging into a company that had already raised the capital and had valuation.” (Billboard)

R&B star D’Angelo came “this” close to putting his classics up against fellow singer Maxwell. Swizz Beatz, a VERZUZ co-creator, recently revealed some details following Angelo’s epic face-off including the crooner’s original opponent. According to Swizz, initial plans had the VERZUZ actually happening on Valentine’s Day. However, issues with scheduling and Maxwell’s availability forced D’Angelo to break the mold and turn his battle into a solo bout. 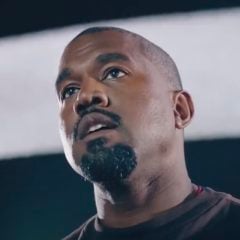 Tekashi 6ix9ine Gets Last Laugh After Fighting Fan In Store