Rap star Lil Nas X doesn’t care what the haters have to say. He went to social media to address those who call him desperate for the ways he promotes his music, which usually entails posting about it a lot online and asking for fans to stream it. Lil Nas X took to Twitter with some game. He let it be known he doesn’t care if he looks desperate, because he’s willing to look desperate for something he cares so much about. LNX let it be known he’s following his dreams at any cost. 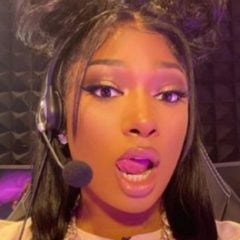 Lil Nas X is extra confident in his craft. The hip-hop heavyweight recently lit up Instagram with footage of himself geeking out over his upcoming “Call Me By Your Name” music video. While only giving hints of what to expect, X promises the visual will win every possible Grammy and MTV Video Music Award trophy once the world views it.

New York rapper Tekashi 6ix9ine might have found his match in Lil Nas X. The hip-hop star has come forward to address getting trolled on by the Grammy-winning rap heavyweight. 6ix9ine went to his Instagram page this month and kept things 100. Tek tried to prove he not only isn’t following X but showed he did not accept a message from the “Old Town Road” performer.