Lil Kim took to social media to clap back at 50 Cent for publicly shading her after the drop of her recent collab on Megan Thee Stallion’s “Plan B Remix.” 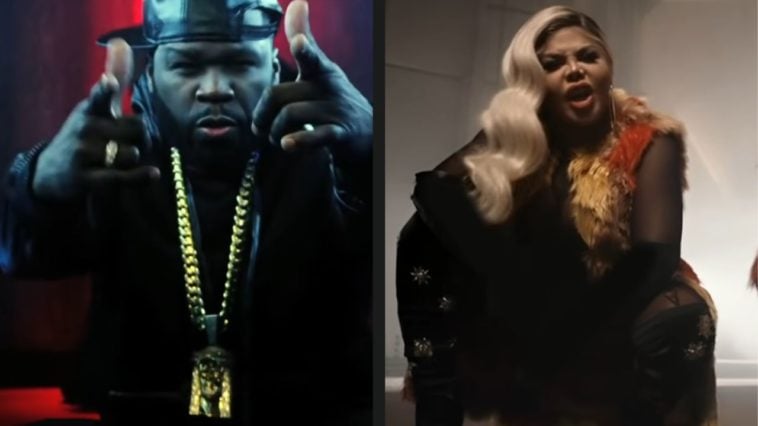 50 Cent, known for being vocal, took to Instagram to throw “shade” at Lil Kim after the new single dropped.

In the now-deleted Instagram post, 50 falsely accused the “How many licks” artist of dissing Nicki Minaj’s child.

The “Candy Shop” rapper then took it as an opportunity to make fun of Lil Kim’s child’s eye condition.

He said,  “Her baby eye f*cked up” with an unapologetic shrugging emoji to follow suit.

The rap icon then took to her Instagram story to address the situation.

She even went as far as tagging Fifty’s current girlfriend, Cuban Link’ stating that his trolling behavior is not okay and that she can do better than someone who disses a child.

The “Crush On You” artist continued to fire off by calling the Queens rapper a narcissist who created a false narrative, causing people to run with it.

The state is characterized by lower positioning of the upper eyelid at birth.

In April, she partnered with clothing brand Supreme on exclusive spring pieces.

Just hours after the announcement, all items sold out in minutes.