Drake continues to indulge in his most well-known hobby by shooting hoops at the Nike headquarters. 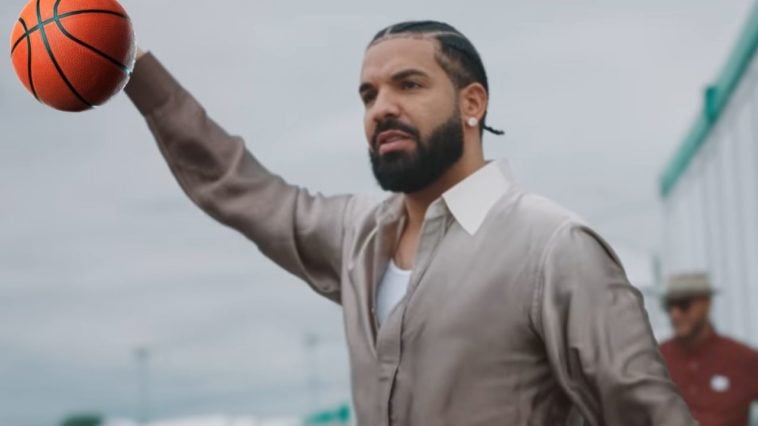 Recently, the “6” superstar went to shoot some hoops at the Nike headquarters in Beaverton, Oregon.

A bystander’s video surfaced on social media showing the rapper participating in a three-point shooting contest.

The Toronto artist started cold before getting into a rhythm late into the video.

It appears this is what the chart-topping rapper has been up to when he is not in the studio. In addition, Drake has made basketball one of his most well-known hobbies.

This marks one of many times Drake joined professional athletes and showed off his skills.

During a fun and historic summer for himself, Drake celebrated with both sales and basketball.

In June, Drake released his album Honestly, Nevermind and also won in his Sanctuary Basketball League at his massive mansion in Toronto.