NBA superstar LeBron James is thinking of taking his talents to the rap game. But following the footsteps of Diddy, ‘Bron says don’t worry if he writes rhymes, he’ll write checks.

On his day off between games for the L.A. Lakers, LeBron went on Twitter to reveal he wants to make an album. The future Basketball Hall of Famer claims he won’t be getting on the mic, but suggests he’ll enlist some of his friends like Drake, JAY-Z, Kendrick Lamar, J. Cole and Travis Scott to handle that part. 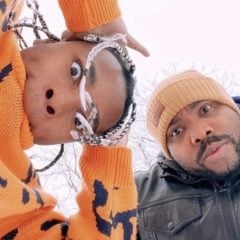 This wouldn’t be LeBron’s first involvement with a hip-hop project. In 2019, the four-time MVP did A&R for 2 Chainz‘s Rap Or Go To The League album. The project peaked at No. 4 on the Billboard chart and contained the gold-selling single “Rule The World” featuring Ariana Grande. 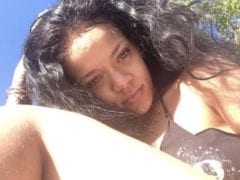 King James is enjoying the perks of being a world superstar. He went online to share footage of himself turning up to JAY-Z and Nipsey Hussle’s new track before anybody else even heard it.

JAY-Z’s New ‘What It Feels Like’ Nipsey Hussle Song

Music mogul JAY-Z and the late Nipsey Hussle came through on a must-hear immediate classic. Following buzz about a new “What It Feels Like” single gearing up to drop last week from the Judas & the Black Messiah film soundtrack, the anthem was previewed in a new trailer.