On the newest episode of Caresha Please, Latto shared why she changed her name from Miss Mulatto to Mulatto and finally Latto. 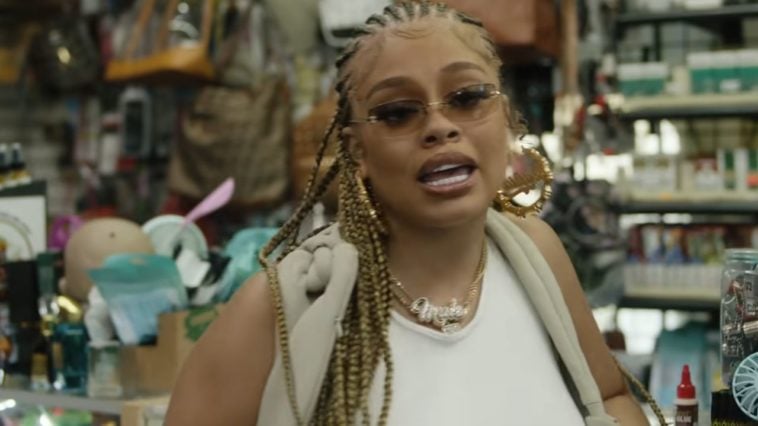 In the latest installment of Caresha Please, Latto, and fellow rapper Saucy Santana explained the reasons behind the changes they mad to their stage names.

The “On God” rapper first went by the stage name Miss Mulatto due to her biracial roots; her mother is white, while her father is Black.

She went by this name for most of her career until the hit single “B*tch From The Souf” was released, where she changed her name to Mulatto.

After the release of her debut album, Queen Of Da Souf is when she changed her name again to Latto.

When asked why, Latto stated that she did not even give herself the name Miss Mulatto in the first place.

In the early stages of her career, when she went by the name Miss Mulatto, people asked how she would feel when she wins her first award, and a white presenter addresses her as such.

However, she was a 17-year-old artist just starting her career and did not listen to people back then. Now that she is a little older, she sees everything differently.

In addition, Saucy Santana gave some insight into his journey in the industry.

The Outside rapper revealed that his first stage name was Sissy Santana.

Latto and Saucy Santana aren’t the only rappers to have changed their names in recent years.

The Chicago rapper, formerly known as Kanye West, has officially changed his name to “Ye.”

Ye filed a petition to change his name legally on August 24th, 2021, citing personal reasons behind his decision. Gunna Turns Himself In To Authorities On RICO Charges