New York rapper Tekashi 6ix9ine still feels like he’s the king of the Big Apple. The hip-hop star has shifted his focus from a slew of Chicago rappers to clash with rap artist BRS Kash.

Buzz has caught social media’s attention following BRS Kash questioning why Tek views himself as the king. This question ultimately sparked a slew of clashing from 6ix9ine about the title. 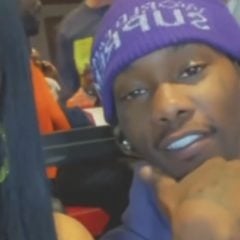 Initially, 6ix9ine went to his Instagram page to keep things 100 about his 6-month online absence. Tekashi revealed he had to get his life in order and focus on his health. NEWSTori Brixx Shares Her State Of Mind After DreamDoll Drama

6ix9ine has no respect for the deceased. The hip-hop troll recently came forward to completely go off on his enemies and – most notably – fans and supporters of slain Chicago rapper King Von.

Last weekend, everyone from Chicago’s 600 Breezy to Meek Mill have clashed toward Tekashi over his non-stop trolling. However, everyone’s favorite rapper to hate has shown no signs of slowing down the drama.